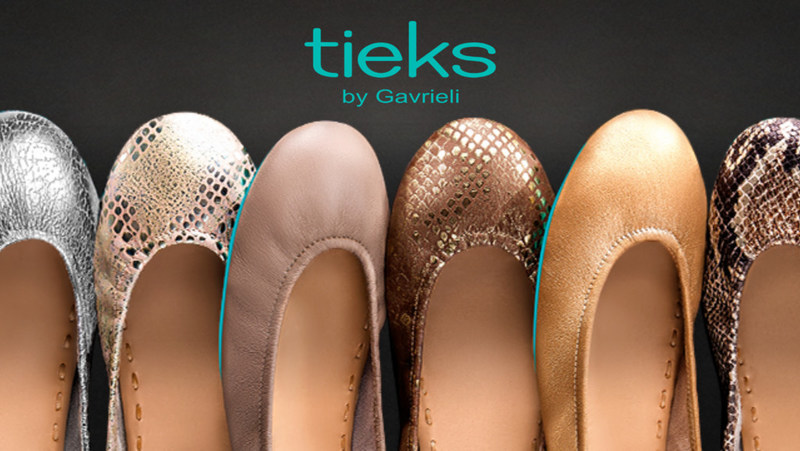 Los Angeles-based shoemaker Tieks is preparing to launch its sixth season of a limited-edition Black Friday ballet flat. The limited-edition shoe release started in 2016 as a way to engage and excite fans with something special on Black Friday beyond the omnipresent discount model. Every year, fans eagerly await the shoe which routinely sells out in 48-72 hours.

The annual drop has grown considerably in popularity since its inception – thousands of fans try to guess the color family and style all year long and wait behind their screens for hours until midnight for the chance to purchase the coveted ballet flat. Historically, once the flat sells out, it’s gone forever, making this one of Tieks’ biggest style launches of the year.

Tieks’ Black Friday shoe is now integral to its marketing. A few days before the launch, a teaser is often given on social media where fans speculate and try to guess the color or fabric launching. A hint is usually given about the color or theme, depending on the shoe being released. Fans are so engrossed in this product that the Tieks Anonymous Facebook group already has thousands of fans posting guesses and decoding images to try to pin down the limited-edition release theme.

“The Black Friday shoe release has become an essential part of our creative and marketing process each year,” said Samantha Hinton, Head of Design at Tieks. Adding, “Our team works hard to deliver something we know our fans have wished for, and something that can be a unique addition to their collection and a staple in their closets forever.”

This special release was inaugurated when Tieks released Metallic Champagne by inviting fans to a Champagne party and made the shoe available exclusively to party invitees between Black Friday and Cyber Monday. Tieks CEO Kfir Gavrieli, with the encouragement of customers and fans, decided to make the four-day shoe an annual tradition. Gavrieli wanted the Tieks community to have something one of a kind to look forward to that was unique to the brand and its offerings. This idea has since grown into one of the most highly anticipated shoe releases year-round, with fans preparing to do almost anything to get their hands on a pair. Limited release pairs usually retail for significantly more in the secondary markets after they are no longer available from Tieks.

This year will be no different, with the brand preparing to drop their sixth limited-edition shoe this Thursday, November 25 at midnight eastern time. Previous releases have included: Champagne (2016), Red Diamond (2017), Raspberry Truffle (2018), Midnight Blue (2019), and Tyrian (2020).

“Over the years, our limited-edition four-day shoe release has been something that both our team and members of our Tieks family look forward to,” Gavrieli said. “For each Black Friday release, our team works incredibly hard to bring the Tieks community a new and unique shoe that we can all be proud of.”