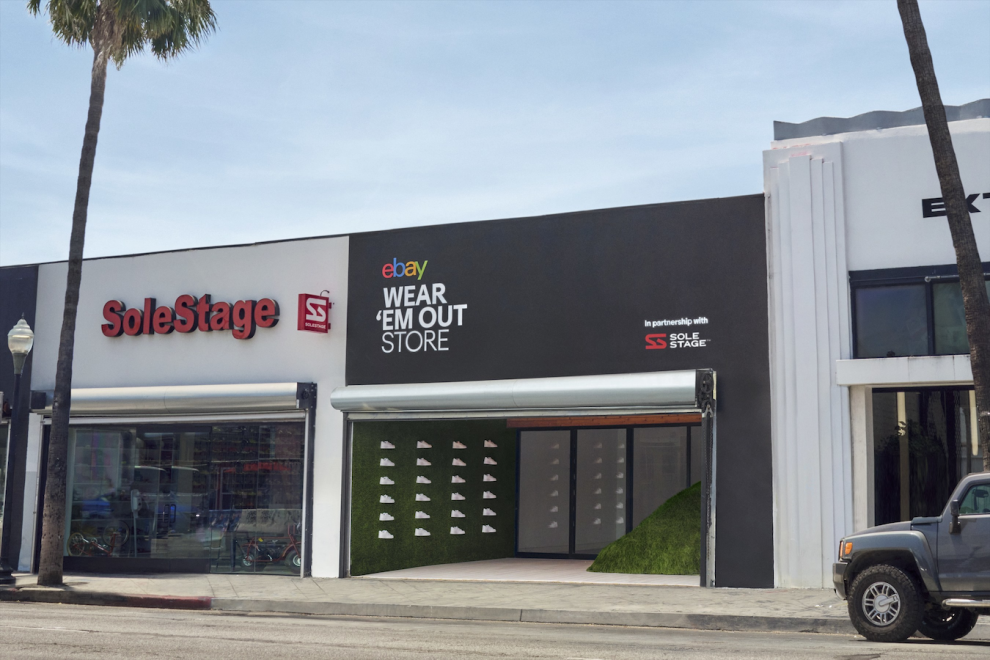 eBay is setting up shop in Los Angeles with a store that rewards sneakerheads for actually wearing their new kicks out of the store. Open Memorial Day weekend on Fairfax Avenue, the Wear ‘Em Out Store will feature some of the most exclusive and coveted sneaker styles for up to 70% off today’s market price, with lower prices for shoppers who literally wear their purchases out the door.

“Most people can identify with that feeling of getting a new pair of shoes that you love so much, you just HAVE to wear them out of the store,” said Garry Thaniel, GM of Sneakers at eBay. “The Wear ‘Em Out Store celebrates a love of sneakers, while acknowledging that sneakerheads are often balancing what they wear with what they keep in the box. eBay is the place to find every style and every price, and now we’re offering an incentive to lace up the most coveted sneakers of the summer.”

According to a recent survey of 1,000+ sneakerheads, commissioned by eBay, the majority of respondents said they wear less than half of their collections. The Wear ‘Em Out Store is designed to help sneakerheads live in the moment and encourages them to show off their favorite styles, on their feet this summer.

Known for wearing some of the most coveted kicks from his extensive and exclusive collection, eBay enlisted award-winning international musician, businessman and fashion icon Offset, to help curate the Wear ‘Em Out Store’s offering – using his years of sneaker collecting to determine what collectible kicks enthusiasts would most want to un-deadstock.

“eBay is my go-to place to find the kicks you can’t find anywhere else,” said rapper Offset. “For sneaker collectors like me who lay awake at night trying to decide if you’re going to wear your new kicks, eBay’s Wear ‘Em Out Store makes light of something that haunts the entire sneaker community and gives people a new way to access the shoes they want for summer.”

At Sneaker Con Anaheim this weekend, eBay will give attendees an exclusive preview of the Wear ‘Em Out Store – including several of the styles that will be unveiled on Fairfax, like the Jordan 1 Retro High OG Patent Bred or Yeezy Boost 700 Wave Runner. The store will feature a selection of the season’s most coveted styles, including new releases that would normally only be available at deadstock prices.