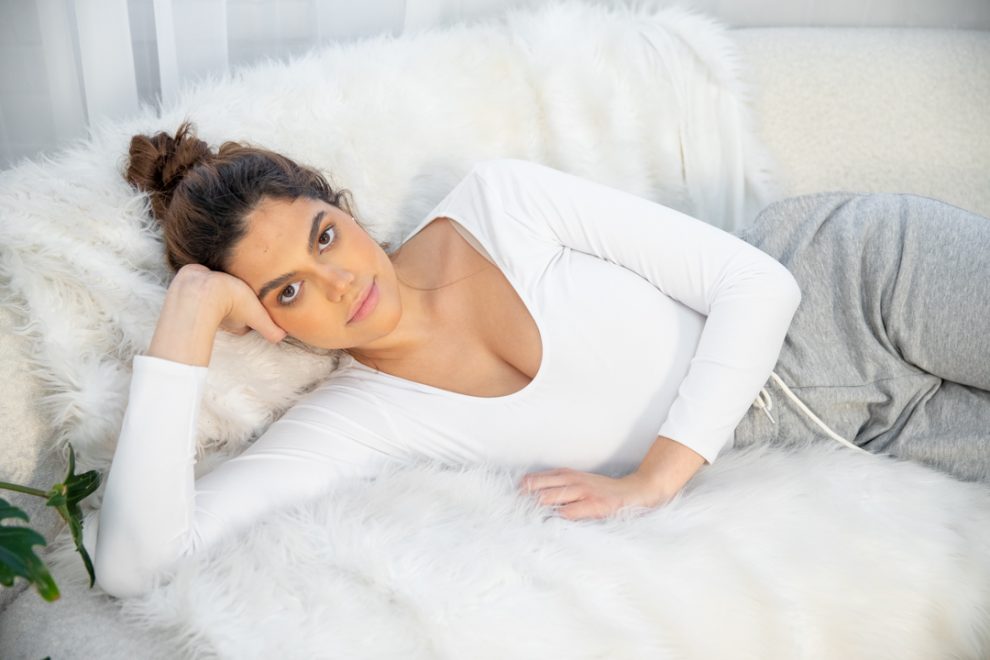 For Toby Morgan — the founder and president of LUSCA, a bodysuit company that is revolutionizing the bodysuit as a garment with the use of magnetic clasps — fashion was always an important part of her DNA. As a child, she looked up to an older sister figure, who she felt always created stylish outfits accented by the perfect accessories. Morgan shared that she had an innate skill for knowing when an outfit just worked, and credited this to her fascination with fashion magazines.

“I had to have Harper’s Bazaar, Elle and Vogue. I’d look through them and admire the colors, the craftsmanship and everything about the clothes, shoes and bags,” she said.

Though she loved fashion, Morgan, who shared that she has an “analytical background,” pursued an education in another field: law. Specifically, she studied environmental law, the aspect of lawmaking that provides protection to the environment through focus on legislation that centers on natural resources. “I went to law school in 2007 and graduated in 2010, so it was definitely the height of the housing crisis and recession,” Morgan said. “[Going to law school] just seemed like the right thing at the time. I went to law school really young — I started when I was 20 or 21 years old, so I was really little.”

Morgan continued, “When I started, I was really passionate about environmental law, and it was really something that I wanted to practice. But because it’s such a small area of law and the economy wasn’t so good, it was really difficult for me to get into.”

From Lawyer to Lawyer-Fashion Designer

When she graduated in 2010, Morgan started her own firm — which she called “scrappy.” Though she didn’t know it yet, the firm was a step toward her entry into the fashion industry. As an environmental lawyer, Morgan represented the friend of a man who died in a house fire, working closely with him for seven years. “We ended up going to trial against the insurance company, and we did win in the end, which put me in a position to have a good amount of money from the settlement,” she said.

It was then that Morgan knew it was time to invest in what would become LUSCA, which stemmed from her ambition to improve the closures and clasps that are used in almost all mainstream bodysuit designs. Typically, bodysuits are put on overhead and secured with snap buttons or hook-and-eye closures at the crotch — which can make it incredibly difficult for wearers to secure their bodysuits, and afterward, to feel comfortable wearing the piece throughout the day. Morgan experimented with zippers, velcro and other materials, but nothing she tried had the ease of use and strength to withstand everyday wear that she was looking for. Until she landed on magnets.

“At the time, magnets were mostly made for accessories,” Morgan said. “I was calling around to people who I knew in the industry and to fabric stores asking if they had magnets. Everyone was like, ‘What are you talking about? We used magnets in handbags and on sunglasses cases, but we’re not using magnets in clothing.’ And I was like, ‘why not?!’”

As she dove deeper into product and market research, Morgan discovered magnet companies that specialized in creating magnets specifically for clothing. She learned how these magnets were manufactured and if they could be adapted for use in bodysuits, as well as the popularity of magnet use in more accessibility-made garments for people with disabilities. With this newfound knowledge, Morgan hired a designer who helped her to create some initial prototypes, from which she was able to isolate what magnets would work best as bodysuit closures.

One of the factors of construction that Morgan considered was the strength of the magnets, as ones that were too weak would cause the closure to pop open, while magnets that were too strong would create a struggle to put the bodysuit on. She also considered how the magnets would be attached to the body, either directly onto the garment or sewn into an additional pocket and magnet shape, specifically how long and wide the magnets would need to be in order to create the most successful closure.

“The product development phase was very laborious. It took a good four years for us to figure out where the magnet needed to be placed on the body, how we would get a magnet into the garment and make the bodysuit look aesthetically pleasing,” said Morgan. “For me, it’s so exciting to be in a position to try and solve a problem that I think most women were having, but we just kind of resigned ourselves to.”

LUSCA’s inaugural collection — which Morgan called “LUSCA 1.0,” as the brand continues to work to develop and improve its closure solutions — features the brand’s patent-pending magnetic closures on thong and full-coverage scoop neck, turtleneck, crew neck and V neck bodysuit styles. Handcrafted in Mexico by an all-woman team of makers, LUSCA bodysuits are currently available in black, white, charcoal and shades of beige and blue, as well as in vegan leather and leopard print. Prices range from $125 to $200.

With body countering fabric that hugs the body to create smooth, seamless silhouettes, LUSCA bodysuits can be styled for any occasion. “What I love about bodysuits is that you can throw them on with anything to dress them up or dress them down,” Morgan said. “My favorite way to style a bodysuit is more casually, because I’m in a casual vibe right now. Watching how other people wear their bodysuit really excites me, too, and seeing women get excited about bodysuits again is also really fun to watch.”

The Resurgence of the Bodysuit

Because of the popularity of celebrity-headed brands like Skims (Kim Kardashian’s shapewear, intimate apparel and clothing brand) and Yitty (the shapewear and athleticwear brand founded this year by Lizzo), bodysuits are having their moment as a hugely trending style for the spring/summer season. Though the intimate apparel industry is projected to rise to $217.7 billion in 2022, according to Statista, bodysuits tend to fall into a variety of sections of the fashion market — athleticwear, shapewear and everyday garments, as well as intimate apparel, to name a few — which, Morgan posited, is the reason that it can sometimes become more complicated for investors and brands to invest in bodysuits.

“The bodysuit has never been broken out as its own category [to judge] how often it’s purchased because it’s rolled into everything else. Bodysuits are in the lingerie category — and if you’re trying to break out of lingerie, good luck,” she said. “And it’s the same with clothing and athletic wear. From a financial standpoint, what investors are wondering is, ‘What’s the potential here? How much money is generated from bodysuits in general?’”

Despite how widespread bodysuits have become, by and large, the formula for the bodysuit has roughly stayed the same since its initial introduction to the market in the 1960s (and growing popularity since then). “[Companies are not] reinventing the wheel in anyway — it’s the same exact garment, and people get excited about it, but it’s the same thing we had in 1980,” she said. “I wanted to change it. I wanted it to be something that was actually functionally great to wear.”

Morgan continued, “If you can get excited about wearing something that isn’t comfortable all the time and is difficult to put on and take off, I thought that if I could get people to actually enjoy wearing [bodysuits], it would be even more exciting — and it would eclipse the market we currently have.”

The Future of LUSCA

The bodysuit industry is changing with the introduction of LUSCA’s magnetic closures — and the brand is continuing to grow as well. Not only is LUSCA continuing to revisit the construction of its closures, but Morgan also plans to offer a greater range of colorways and styles in future collections. With a focus on organic, natural textiles and fabrics that still offer the bodysuits’ signature stretch, LUSCA’s next launch will be a summer-focused collection.

Morgan’s passion for her brand and for the potential that bodysuits have to truly be a comfort item is contagious — and it is that passion that she encourages prospective entrepreneurs to harness when they embark on starting their own business.

“I try to envision where LUSCA could be at its biggest and greatest place,” Morgan said, “and I just think of the next step — not all the middle steps in between, because then you will totally lose it, but just the next step.”

LUSCA bodysuits are available for purchase at shoplusca.com.