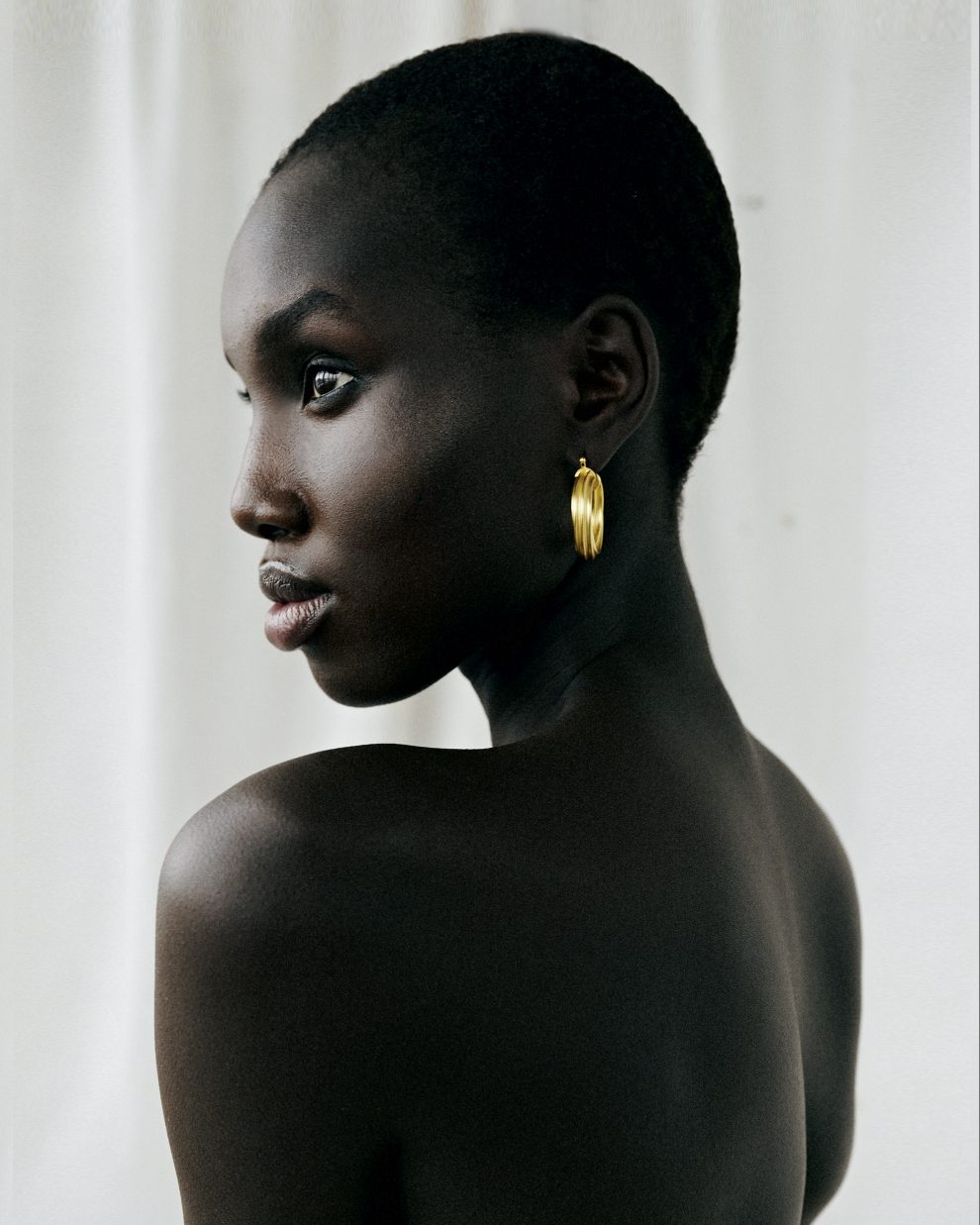 This is not an easy industry to be in, so I’ve had my fair share of challenges,” stated Nya Gatbel. “Starting so young, I was forced to mature incredibly fast, which was hard because I left my friends and family and experienced being alone overseas.”

Gatbel is a New York City-based model known as high fashion’s “it girl”, as she’s graced the runways and starred in campaigns for some of the world’s top designers and brands. She was born in Ethiopia, followed by migrating to Calgary, Canada at the tender age of one. Gatbel was discovered by Antonija Klotz of Nobles Management at the age of 16 due to her older sister putting a word in for her regarding her interest in modeling. During this time, Gatbel was working at a local smoothie shop in Calgary to earn income to pay for college.

“It was all a fluke,” said Gatbel in regards to being scouted for modeling. “My older sister was originally scouted by Antonija at the mall, but she wasn’t interested in pursuing modeling.”

As Gatbel was already signed with Nobles Management and had Klotz as her agent, she packed her bags and fled to Europe. In Europe, she spent time modeling between Milan and Paris. In Paris, she had the pleasure to walk for designer Guy Laroche and prominent labels INGIE Paris and Comme des Garçons. While in Milan, Gatbel modeled for Italian Fashion house Giorgio Armani and walked in the Armani Prive runway show.

During the beginning of the global pandemic, she flew into the states and spent time in New York, which she thought would be the perfect change in scenery in terms of her home base to commence a new chapter of her life.

I vividly remember watching the movie “Home Alone 2” as a child and being mesmerized by how scenic New York was in the winter time,” expressed Gatbel about the Big Apple. “It was around that time that I had my heart set on living in New York one day…I didn’t know how or when I would make it happen, but I would.”

Currently, she is spotted as the face of Banana Republic’s “A Collector’s Dream’’ campaign, a campaign that took place in the South of Italy featuring elevated essentials such as printed silk dresses, cashmere knitwear, and cargo-style pants.

“All of the travelings I’ve done with Banana Republic have given me some amazing experiences, as I’ve been to Venice, Iceland, Puglia, Antigua, Morocco, and England to shoot the campaigns with the team,” said Gatbel.

In addition, Gatbel has walked in shows for Laquan Smith, Christopher John Rogers, Balmain, and Christian Siriano, among others recently. Although Gatbel has experienced triumphs throughout her modeling career, she’s also overcome obstacles along the way. She mentioned modeling wasn’t an easy industry to work in, especially when starting at such a young age as she did. When she began her modeling career, Gatbel was forced to gain a sense of maturity rather quickly, left family and friends behind, and lived alone overseas.

“The constant rejection we face as models is also tough, however, I’ve learned over the years to not take things too serious or personal, to always focus and be appreciative of what I have rather than what I don’t have,” she expressed.

Gatbel also mentioned that her passion for mental health stems from the battles she’s personally faced. With that said, she believes the stigma around mental illness and receiving mental help remains.

“One of the toughest battles I’ve faced is bullying throughout my school days,” said Gatbel. “I already didn’t have the best self-confidence, so it affected me when I’d be told jokes about my skin color, height, weight, and more.”

The model realized that these comments which made her insecure were simply things she couldn’t change about herself. She figured if she didn’t learn to be comfortable in her skin, then she’d be miserable for life.

Gatbel believes the fashion industry could improve mental health practices in a variety of ways. She stated it all starts with the agencies, as they should take responsibility to offer support and encouragement to the people they represent. Gatbel also mentioned agencies should remind their talent that their self-worth is not based on what they do or the jobs they book.

“I’m incredibly lucky to have such a supportive team around me,” she said. “In the future, I’d love to work with some of the charities that are working to put an end to the mental health stigma.”