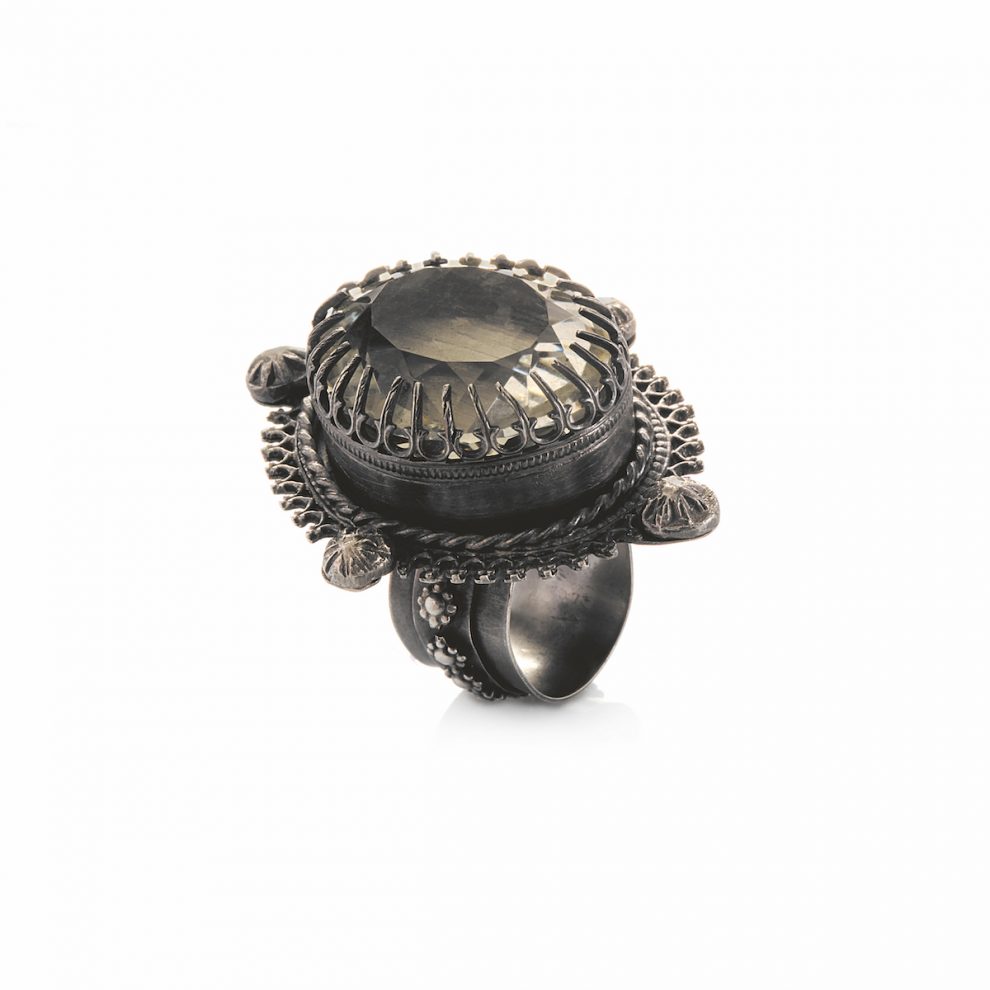 As humans, two of the most important things we feel, need and yearn for are connections and self expression. When connecting, it may be with people, however, it can also be with something specific we are drawn to. With self expression, we seek to make statements such as “this is me,”  “this is what I align with,” “this is how I feel” or “this is how this makes me feel.” Objects are the unifying factor that allow you to feel both connections and self expression, which jewelry dating back to the B.C. era confirms. Jeweler Susan Lenart, has been able to craft pieces that align with these needs through her travels from Southeast Asia to Croatia.

Over the years, Lenart found a way to truly incorporate history, art, tradition and culture into her crafted pieces. She uses highly charged gemstones with particular techniques to create jewelry that summons the beauty of ancient ethnographic ornament from India, Africa and Asia. Her jewelry is exotically rich in color and texture, intricately worked and talismanic. The alchemy that results is unique to each individual who wears her jewelry. She has patented her work and has five words she works from to ensure that her expression seeps through her craft:  Freedom, Inspirational, Beautiful, Spiritual and Nomadic.

Lenart’s blood has always exuded expressionism. She was trained at the Art Institute of Chicago, and upon finishing school, with hopes to find her next move in life, her journey in the jewelry world began. She began traveling, falling in love with anthropology, staying in villages in her early twenties and realizing the strength of symbolism in cultures including Thailand, India, Guatemala, as well as her own. She began to notice and became interested in what people would love to wear and the indicated purpose for their choices such as the value people would place on lucky or sacred keepsake items. Her passion arrived from the study of history and how people have used symbology, meaning to the shapes and figures and talisman which is what she still adores to this day about jewelry. Lenart desired to create her own jewelry inspired by objects she had seen throughout her travels.

“I don’t want to do cultural appropriation as an American,” said Lenert.

She then asked herself, “What would I build for my own pieces that would make me feel good or powerful?”

After creating numerous pieces of jewelry, Lenart noticed that her work looked like industrial spiritualism. She stated that, “When people really build as a creative from the heart, we really can put our own symbology into our work.”

She believes her pieces to be amulets for the soul. Lenart stated that when she’s working on pieces, she does a lot of hard work to make sure that she’s herself and that she can build in this specific way.

“I like using my own shapes. For instance, I can feel myself moving into the arrow,” she said.

Lenart explained how she had a company called Len Art Collections when she first started creating pieces. She sold to Nordstrom, Banana Republic, Henry Bendel and other similar stores.

“It’s like everything I did had the sharpest point and I felt like it was really a reflection of the way my life was moving. Everything had these pointed shapes and I couldn’t make a circle shape to save my life. So I find what I’m working through are the shapes that come out of me for my work.”

Across cultures you can come across many things that consist of the same meaning.  Through her travels, Lenart discovered the core of everything either arrived from spirituality or religion with different cultures reinterpreting it to make it their own. With her pieces, particularly the talisman work, Lenart learned how all of these countries and cultures, whether it’s a different word, symbol or lucky charm, the evoked can all be put into a talisman.

Having received many accolades throughout the years for the pieces she’s  created, one of the many things Lenart has been able to accomplish is having her work featured in museums. She mentioned she created pieces based on who will wear them when it comes to museum exhibits. She believes that she was trained as an artist who loves power and really hopes that the power of a piece comes through.

As far as the future goes, Lenart is planning to host workshops in Morocco and tour. When speaking of Morocco, she expressed the magic breathing  in the country.

“You know, it’s not all over the internet. It’s not super techy right now, however, it’s just so natural and beautiful,” she said. “We will go all the way deep into the Sahara Desert building jewelry and you can’t be influenced by the rest of the world. It has to come from yourself.”

To keep up with Lenart, you can visit SUSANLENART.COM. To shop her latest collection, visit JEWELSOFTHENOMAD.COM