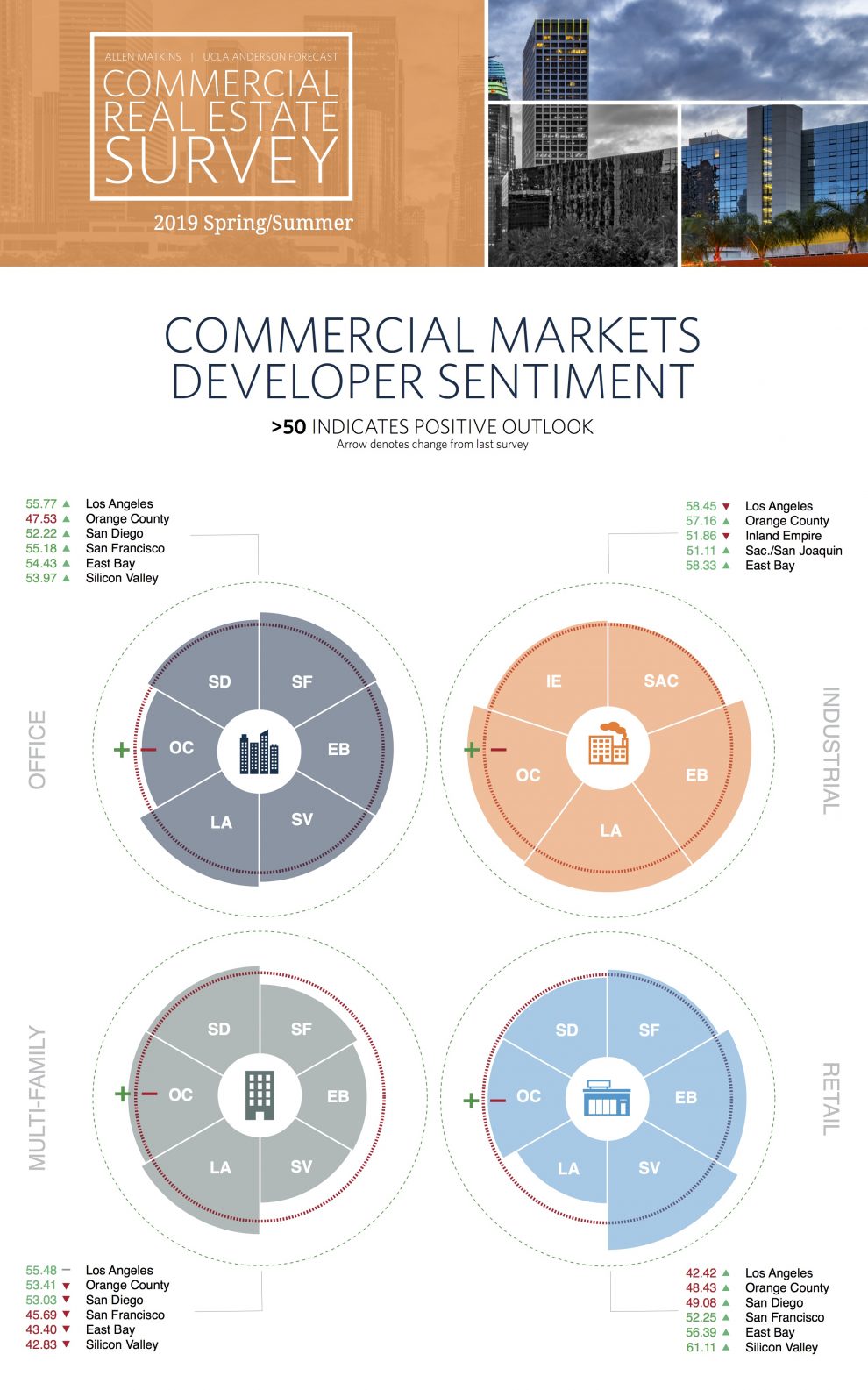 Things largely are looking up for California commercial real estate, according to the Spring/Summer 2019 Allen Matkins/UCLA Anderson Forecast California Commercial Real Estate Survey. Despite a construction slowdown expected over the next 18 months, developers are preparing for the next expansion in most sectors. the survey said.

As e-commerce continues to increase, industrial will remain be the darling of the industry, despite potential impacts of the trade dispute from China. Already strong markets in the East Bay, Los Angeles and Orange County, as well as the San Joaquin Valley and the Inland Empire, will remain so through to 2022.

While respondents expect a downturn in the office market in 2020, demand should surge after a mild recession, with rents and occupancy expected to improve, the respondents said. The San Francisco and Silicon Valley areas should see substantial growth beginning in about two years, while Southern California respondents expect marginal improvement in the sector. Orange County, however, likely will continue to struggle with overbuilding and weak job growth.

Retail remains the weakest sector today, the survey noted, but some signs of hope are emerging: There is little new development, and retail owners are dealing with vacancies by diversifying their projects. Respondents in the Bay Area are optimistic, while Southern California’s darker outlook is less uniform than before, the survey reports.

Less multifamily building in the Bay Area, however, is creating pessimism among local developers: half of the panelists said they will not start a new project in the next 12 months because of falling home prices, higher inventory and concerns about rent control. There were no big swings in multi-family developer expectations for the next three years for Los Angeles, Orange County, and San Diego.