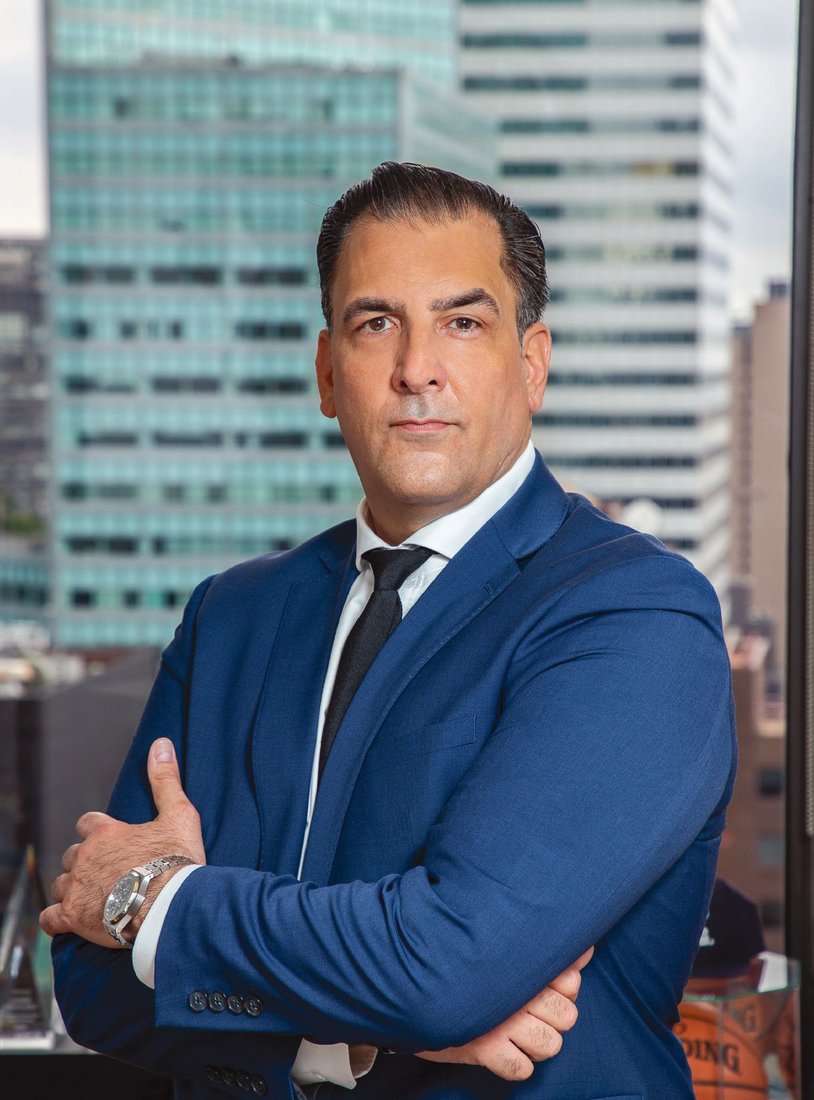 What a difference four months makes. When Mann Report first met with James Famularo, president of New York retail leasing at Meridian in early March, COVID-19 was a topic of conversation, but the thought of a months-long retail shutdown was barely conceivable, if at all.

Catching up again as the city was reopening in July, we found an upbeat Famularo back in the office and closing deals, despite a continuing wave of bad news in his primary sectors of restaurants and retail leasing.

Back to the office did not mean the team was coming back to work. They never stopped, having been working remotely from home.

“We just closed our 15th and 16th deals during quarantine, and I’m getting calls from every broker in the industry asking me, ‘How are you closing deals during the pandemic?’”

These deals include closing a lease for a gourmet grocery at 370 Lenox, a yoga studio at 304 West 11th Street, an art gallery at 515 West 27th Street and an automat-like takeout dumpling eatery in Brooklyn that by definition complies with social distancing. It’s a testament to turning a business around on a dime.

“No one I speak to, anywhere in the city, has been closing deals,” Famularo said. “What happened to me personally, and I’m sure also to many others, was that when they announced the quarantine, I was riddled with anxiety and stress. I really thought I would have a heart attack.” He quickly composed himself and realized that “this was either going to make me or break me,” as he recalled in July. “And I will not let it break me, so I had to figure out how to make it work.”

He sat down the old-fashioned way, with pen and paper, and wrote down 10 things to focus on, including getting more organized. He focused on a to-do list that included calling landlords and tenants to gather data on where the market stood.

“I wanted to get into a healthy place where I was being mentally productive,” he said. “I’ve been working out for an hour and a half a day and reading.”

He also stayed in constant touch with all of his clients. The result was that his pre-pandemic workday, which often was 12 hours, now sometimes turns into a 16-hour day to accomplish it all. Over the course of the pandemic, that initial 10-item to-do list grew to more than 150 tasks.

“I’ve been pushing myself harder and looking for ways to improve myself, both at work and at home,” he said. “And my landlords and tenants really appreciated being in contact and being updated, knowing that I was still around and working.”

That communication led to one deal closing early on, then another and still more, despite the pandemic hitting during what are normally Meridian’s busiest months. Meanwhile, he observed, other brokers decided to sit the quarantine out, decamping to summer homes. While Famularo’s own family visited relatives in the tri-state area, he remained in the city, working on deals.

Hard work and navigating the occasional curveball are nothing new for Famularo. He came into the real estate industry 20 years ago seeking a way to carve out his own distinctive niche.

“One day I got a call from an art gallery and did the deal,” he recalled. “I didn’t realize then that the art world barters everything. Instead of a commission, I would get a piece of art. I thought maybe this would be my niche. Within a year, I had an amazing collection of sculptures, art and photography, but no money. I quickly realized I needed to pivot and shift. A friend was looking for a bar, and I decided to help. I just hoped he wasn’t going to try and barter with drinks!”

Those negotiations taught him the nuances of obtaining liquor licenses, dealing with community boards and the other ins-and-outs of food and beverage leasing.

“It’s not as straightforward as a pharmacy or clothing stores. Apparently, however, I did a great job, and he referred me to someone else,” Famularo said. “In time, I became known as the food and beverage broker.”

He also began building a team and extended to more traditional retail deals as well. He moved from his previous firm to Meridian in July 2018 to establish the company’s retail division.

“I had former colleagues who worked here and told me about the culture,” he said. “There are no politics. They’re hyper-focused on adding value for their clients and on doing deals. This is the first place I’ve been where they don’t tell me to slow down.”

COVID-19 has slowed Famularo’s historic pace — the team closed 160 leases in 2019. But leases are being completed. Famularo has been closing fitness spaces and restaurant deals, especially fast-casual and take-out, a sector he expects to continue to grow, as it was active before the pandemic, and has remained so since it began. But the lease structures are not the same as in 2019 — or even February of this year.

“There is no one standard. It depends on the landlord,” Famularo said. “Some are being super-flexible; others are tending more toward the norm. Others aren’t budging and still haven’t come to the realization of what’s happened. But they will.”

They won’t have a choice. The retail sector was challenged even before the pandemic, with vacancy around 25% in the city, Famularo observed. The surge of retailer bankruptcies throughout the year (up 167% over 2019 as of the date of this interview), includes such storied names as Neiman Marcus, J. Crew, Gold’s Gym, Pier 1, Dean & Deluca, Brooks Brothers and more. Others continue to struggle. Retailers from Bed Bath & Beyond to Macy’s  — and even Starbucks — are also closing hundreds of units.

“Nothing anyone has done could prepare them for a pandemic or quarantine,” he said in July. “The only companies really making a lot of money – with sales up 30% to 40% — are pharmacies, which are crushing it, grocery stores and gourmet markets and liquor stores, which are sort of recession-proof.”

While some of these threatened closures could simply be negotiating ploys, others truly are struggling.

“If companies were working on slim margins before this, they’re toast now,” Famularo observed. “With the quarantine, there was no way they could survive. There are a small number of companies looking to take advantage, but the vast majority of people are evaluating their stores and realizing that in order to survive, they have to cut their volume by 20%. If this persists, they’ll re-evaluate the same way.”

Restaurateur Tom Colicchio predicted that 75% of restaurants would not survive the pandemic, a number Famularo finds aggressive.

“When everything shakes out, we’ll probably be at 50% to 55% vacancy,” which are numbers similar to the Great Depression, he said. “But we came out of the Great Depression, despite how bad it was. We came back bigger and better than before. And we will bounce back from this horrific event.”

Fitness, once seen as a savior of retail spaces, could be decimated, as no one knows when those facilities will reopen. Concerts and major sporting events have been crushed, as have hotels, he observed. More bad news could follow as the pandemic drags on nationally. But he remains optimistic.

“When they come up with a vaccine or a cure, we’ll feel safe,” he said.

In fact, he’s conducting interviews to double the number of his brokers, preparing for the expected boom after the bust.

“My heart goes out to anyone who lost someone during this pandemic,” said Famularo, whose own mother passed away from non-COVID-19 causes during the crisis. “Any hardened New Yorker, who has this built into our DNA, knows that as horrific as it is now, we’ll get to the other side eventually. We will look back at this as we do 9/11 or the mortgage crisis or, for previous generations, World War II or the Great Depression. We’ll get out of this, that’s for sure.”