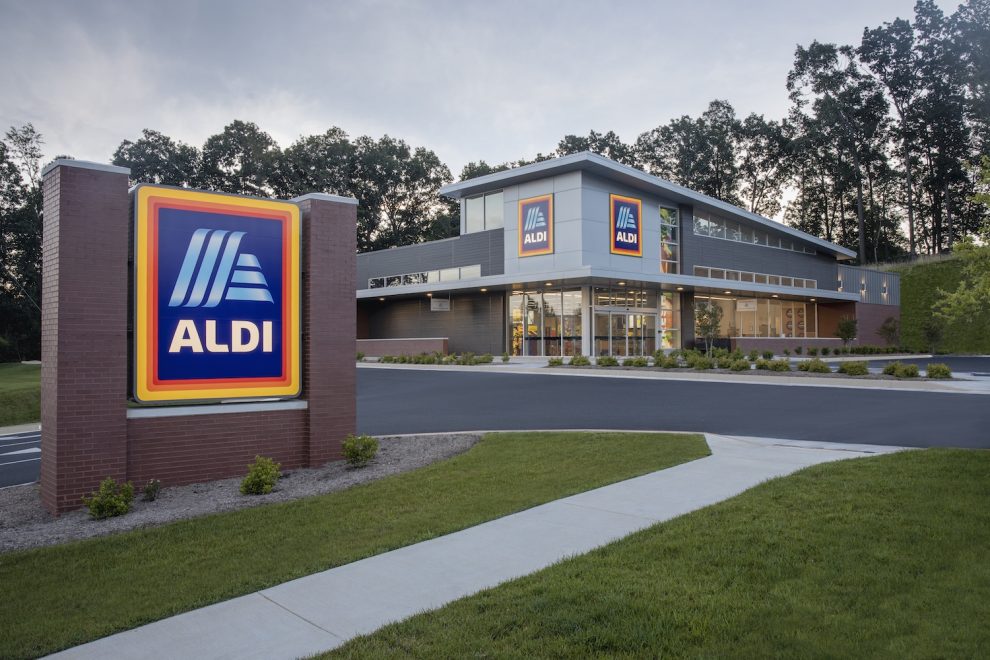 Value grocer Aldi continues to expand in the U.S.,  planning to open approximately 100 new locations nationwide in 2021, with a focus on Arizona, California, Florida and the Northeast. With more than 2,000 stores across 37 states, Aldi is on track to become the third-largest grocery retailer by store count by the end of 2022, it said in an announcement.

“We’re incredibly proud to continue growing in all aspects of our business, from opening new stores to enhancing our e-commerce offerings, especially in light of the challenges businesses have faced in the last year,” said Jason Hart, CEO, Aldi U.S. “Our commitment to our shoppers, new and existing, is the same; we will do everything in our power to offer the lowest possible prices every day, and we look forward to supporting more communities across the country with amazing Aldi products at a value that can’t be matched.”

The German company also plans to expand its e-commerce offerings throughout the year, adding Curbside Grocery Pickup service to 500 additional stores by the end of the year, bringing the total number of curbside locations to more than 1,200. ALDI will also continue to offer grocery delivery via Instacart in almost all of its stores.

Additionally, ALDI has broken ground on a new regional headquarters and distribution center in Loxley, Alabama, which will support the company’s expansion throughout the Gulf Coast region. The 564,000-square-foot facility is the company’s sixth distribution center in the southern U.S., and it will be equipped to service up to 100 stores in Alabama, Southern Georgia, Mississippi, the Florida Panhandle and Louisiana, which will be the 38th state where Aldi operates.

The Loxley distribution center will feature several sustainable building elements, such as solar panels, LED lighting and an environmentally-friendly refrigeration system. The facility will also create an additional 200 jobs when it opens next year. With the distribution center in place, ALDI plans to open as many as 35 new Gulf Coast-area stores by the end of 2022, with the first two stores in Tallahassee, Florida slated to open later this year.