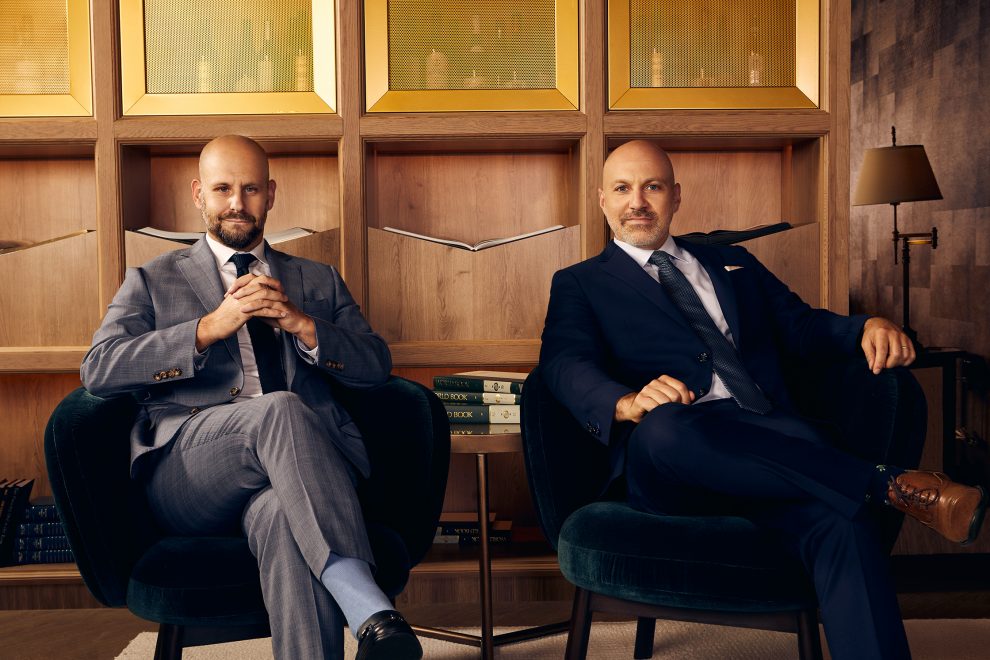 Douglas Elliman Realty, one of the largest independent residential real estate brokerages in the United States, announced today that award-winning agents Wesley Stanton and Jordan Hoch, co-founders of the Stanton Hoch Team, have returned to the firm. The five-person team, including Annie Osiecki, Catherine Slotnick and Alejandra Cata Posas, will be based at the company’s 1995 Broadway office in the Upper West Side.

“We are thrilled to return to Douglas Elliman, where our business flourished for over 15 years,” said Stanton. “Douglas Elliman is a powerhouse,” Hoch added. “We’ve missed the incomparable resources in technology, marketing and public relations, not to mention the vast global network the firm maintains through its partnership with Knight Frank.”

“Wesley, Jordan and their team continuously transact the highest number of deals in New York City and have established themselves as one of the top-producing teams in the industry,” said Howard M. Lorber, Executive Chairman of Douglas Elliman. “We know that they will continue to build on their excellent track record now that they are back at Elliman.”

“The Stanton Hoch Team has long been a force in real estate,” said Scott Durkin, Chief Executive Officer of Douglas Elliman Realty. “Not only does the team have a longstanding reputation for taking care of clients with discretion, but their data-driven business approach has helped them to achieve record-setting deals. We look forward to their continued success at Douglas Elliman.”

“Wesley and Jordan are two of the industry’s finest leaders, repeatedly placing among the top 10 agents in New York City,” said Richard Ferrari, President and CEO of Brokerage, New York City and Northeast Region. “We could not be prouder to welcome them back home to Douglas Elliman.”

The Stanton Hoch Team did 109 sales transactions worth more than $280 million in 2021 alone and work in both resale and new development.

During its previous tenure at Douglas Elliman, the team was ranked #1 for closed transactions, #1 on the Upper West Side and #13 in Gross Commission, as well as one of the top 200 teams in the United States, as ranked by Real Trends in New York.