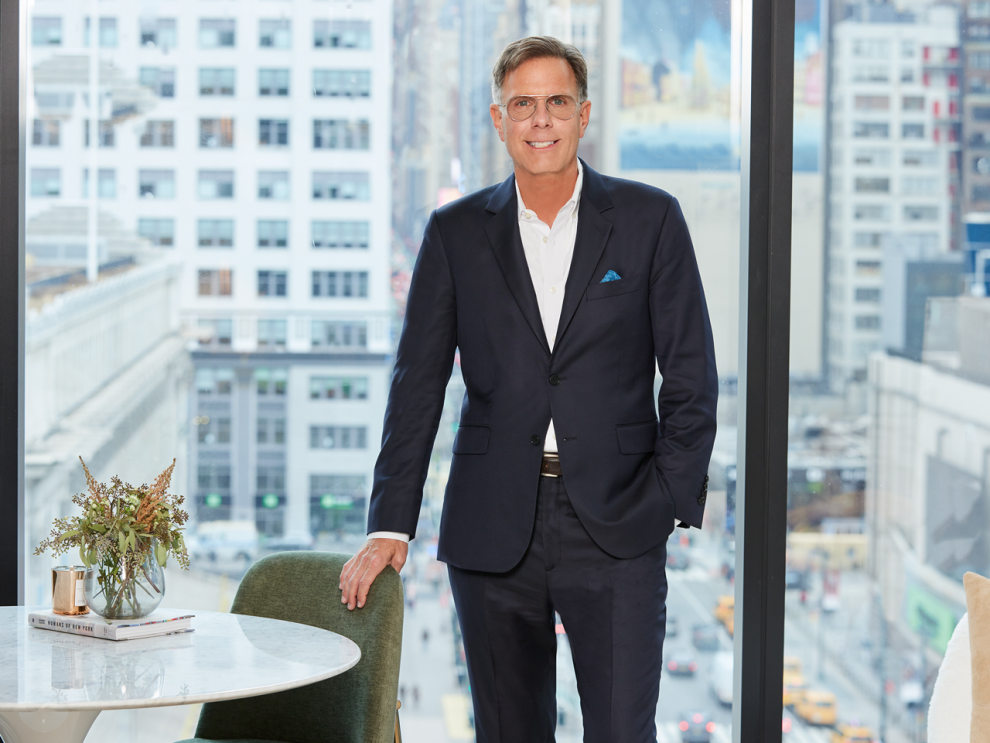 With over $550 million in career sales, Ziegelasch was most recently with Brown Harris Stevens where he ranked among their top agents for each of the eight years he was with the firm. In October 2022, he was lauded as their #1 agent in the country. Recognized by The Wall Street Journal, The New York Times, Town & Country, New York Post and more, Ziegelasch is a true market expert reflected by a lifelong passion for real estate and an encyclopedic knowledge of the culture and architecture found in coveted neighborhoods around the world. He is now affiliated with Corcoran’s East Side office, led by Senior Managing Directors Helen Monti and Tim Rettaliata.

Having earned the trust of the who’s who of high-net-worth clientele, Ziegelasch established an extraordinary professional network during his 20 years as a senior private banker with Credit Suisse and the UBS Group. During his time as a financial professional, not only did he hone the discretion required to serve the world’s most discerning clientele, he has an unparalleled ability to break down complex monetary concepts and investment strategies.

“We are thrilled to welcome Richard to Corcoran,” said Liebman. “He has an incredible track record, an incredibly impressive background and as result, he’s always one step ahead of the dynamic markets he serves. I am confident he will achieve even greater success with the resources and power of the Corcoran brand behind him.”

On his move, Ziegelasch remarked, “Corcoran is synonymous with neighborhood fluency, bespoke service and unparalleled agent support. I look forward to bringing my broad range of expertise to Corcoran and I’m excited to start a new professional chapter with Pam, Gordon Hoppe and their team of world-class agents. I remain tremendously grateful for my time at BHS and owe a great deal of gratitude to Hall Willkie, John Burger and Bess Freedman for taking a chance on an industry novice eight years ago – I wish the team nothing but continued success.”

More than a powerhouse real estate agent, however, Ziegelasch has also dedicated himself to a vast array of artistic, cultural, and philanthropic causes. For more than 16 years, he has served on the board of directors of Best Buddies International, a charitable nonprofit founded by Anthony Kennedy Shriver that focuses on one-to-one friendships with people suffering from intellectual and developmental disabilities.

At present, he serves on the board of directors of the nonprofit, Artadia, working to elevate the visual arts by providing unrestricted grants to worthy artists nationwide. He is Chairman Emeritus of the board of directors for The Point Foundation, an organization providing scholarship funds, mentorship, and leadership training to LGBT students. Most recently, Ziegelasch joined the board of ARF, the Animal Rescue Fund of the Hamptons.

Ziegelasch is proud to support the Breast Cancer Research Foundation, founded by Evelyn Lauder, and he is closely involved with the Whitney Museum, the Guggenheim Museum, the Metropolitan Museum of Art, the National Arts Club, Soho House, the American Friends of the Louvre, and Art Basel in Switzerland and Miami.