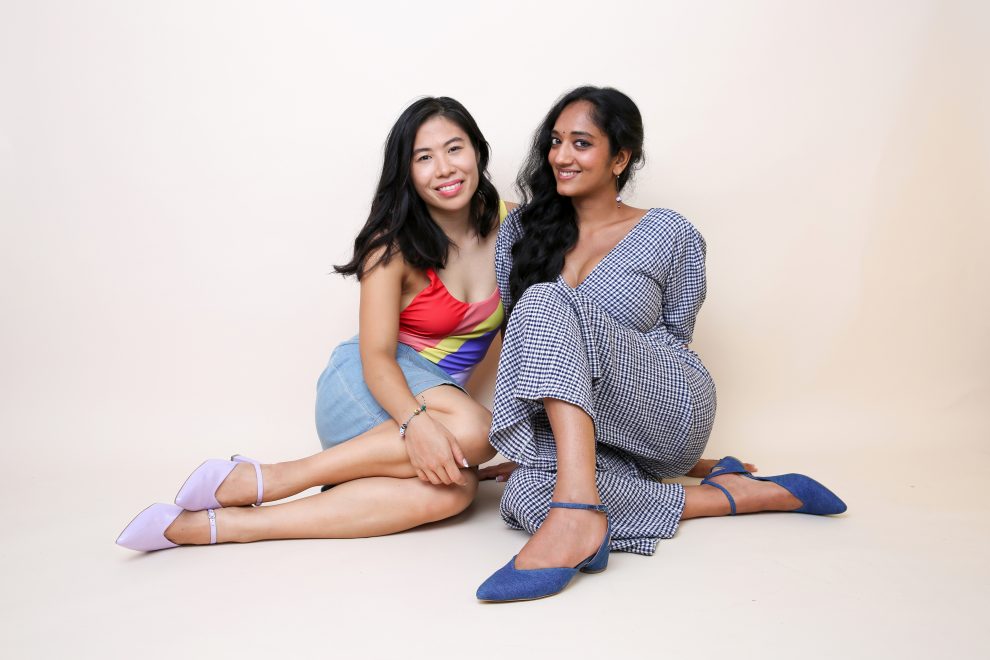 When Harmony Pilobello and Shilpa Iyengar met at Parsons School of Design, what initially bonded them was a shared love for what Iyengar called “morbid humor” — and from their friendship would come Alterre, the modular footwear company that combines comfort, style and sustainability with shoes that feature an interchangeable strap design, so that wearers can easily switch out straps in different colors, textures and styles to personalize their look.

Not only did the founders mesh because of their shared interest in the macabre, but they also complimented each other when it came to their areas of design work. While Iyengar had focused on evening wear and womenswear, Pilobello’s areas of focus were menswear, sustainability and accessories — so, between the two of them, they had knowledge of and experience in a large subsection of the fashion industry.

“Even though we thought we were going to work really well together, I don’t think I actually understood how much we complement each other until a few years in,” Pilobello said. “Part of it almost feels like luck that we create this perfect circle together, if that makes sense.

Pilobello and Iyengar’s common interests continued to be an influential guidepost as they formed their footwear brand — based in New York City, the founders were inspired by their fast-paced city lifestyle and their shared love of travel to create a brand that would be fashion-forward while also centering versatility and comfort.

“We wanted a shoe that was really comfortable,” Pilobello said. “At the time, we lived in New York, and we were dragging tons of bags in our high heels — living the dream of being fashionable and also hustling. I think that combined with our love for travel really led to wanting to make shoes that were comfortable, versatile and, obviously, sustainable, because that’s something that was really important to both of us.”

Pilobello and Iyengar focused on developing a removable strap in order to address this need for modularity — and fill a gap in the footwear market with truly unique, customizable shoes that are simple to use. Each Alterre shoe style features a metal stud that is attached to the sole — wearers can easily maneuver their chosen strap either over the shoe’s toe or heel and snap it into the stud to attach. This patented stud technology works seamlessly with all of Alterre’s styles, which include sandals, mules, slides, ballet flats, boots and stilettos that are available in half, wide and narrow sizes ranging from size five to 11. In order to adjust to the various heights of these styles, the straps also include extra notches for a personalized fit that can be customized for any occasion; nearly all of the straps can be mixed and matched with each of the shoe base styles.

The founders shared that they spent years carefully developing the brand’s stud technology, considering the traditional construction of various styles of shoes and how they could incorporate the addition of a modular element without sacrificing comfort or safety for customers who are wearing Alterre shoes all day, every day.

“We didn’t want to do an interchangeable heel because we didn’t want to mess with the integrity of the shoe and the way that it fits. There’s a metal shank inside of shoes, and once that goes off-balance, it feels really weird when you’re walking,” Iyengar said. “We weren’t really comfortable with making shoes where the detachable component would come off when you were walking, so the strap idea was a better idea.”

Iyengar shared that she and Pilobello found inspiration from notching mechanisms that were used in the creation of leather handbags — and so, to find functional materials, they were able to work with the leather-making industry. Ease-of-use was also a large driving factor in their development phase and continues to influence the pair’s design process.

“A lot of people think of modular shoes as a more tech approach. For us, the design was really focused on simplicity,” Pilobello said, “[and] how simple we could make the shoes for an everyday person to use — so that it is as fast to get out of the doors as possible. Whereas, with a lot of things that exist in the market right now, it takes a little bit of time to be able to do whatever is the interchangeable aspect of the shoe.”

With the strap technology established and perfected, Pilobello and Iyengar launched Alterre in a big way; not only did they introduce the brand during New York Fashion Week, but they organized a burlesque show to highlight how versatile and comfortable the shoes truly were.

“It was an accurate representation of our personalities at the time and a really fun way to lure in editors who didn’t know anything about us,” Pilobello said. “We were actually surprised by people that wanted to come, because they were so curious, saying, ‘What kind of shoe show is at a burlesque place?’”

“The idea of the shoes is not that they are this high-fashion concept on the runway, but they’re supposed to be for you to use, for any person to use,” added Iyengar.

Since that first show and the brand’s initial launch, Alterre has participated in more Fashion Week events and runway shows — including a fashion show that featured swing dancers who would eventually become the namesakes of some of the styles — as well as other presentations to showcase their wide range of modular shoes. From opal snakeskin platform heels to baby blue mules with yellow and silver strap accents, white open-toe heels with 3D flower de- tailing, black suede studded stilettos and moss loafers with lace-up straps, Alterre’s offerings cover a wide range of styles that are appropriate for — and can adapt to — any occasion, from casual to formal.

The brand also offers curated “starter kits,” which include a shoe base and a number of complementary straps. For example, the black ballet flat starter kit offers “three shoes at once,” according to Alterre’s e-commerce site — which includes the individual shoe bases (one pair), the Mary Jane-style Twiggy straps and the velvet bow Marie strap (two more pairs).

Another unique feature of an already unique footwear brand is Alterre’s recently launched “design your own” process, wherein customers can virtually pair their choice of shoe base and strap, digitizing the one-on-one experience that shoppers had had when shopping at the Alterre showroom with Pilobello and Iyengar there in person to offer support and suggestions.

“You basically go in, you choose your size and the base shoe you want and you have color options,” Iyengar explained. “Once you add to cart, then it will show you the price and what sizes you need together. It actually only shows [styles] that are available in your size, and it also shows you straps that we already think would look good with [the shoe].”

“With the build your own shoe [feature], people still like the idea of being able to customize and shop that way, but a lot of the time, they end up with what we’re already selling as pre-made kits on our website,” Pilobello said. “It’s really interesting seeing that thought process — like, ‘Let me just see if I want to buy a different combination,’ — and then they go for something that’s already really popular.”

As for their own favorite shoe-strap combinations, Iyengar said she had been wearing the white V mules with the rainbow-colored Marylin acid snakeskin ankle strap and gold Elsie strap, while Pilobello said she alternates between the aforementioned denim V slides with red Twiggy strap and the V slides in leopard for slides and the lilac gloss V mules for heels. Their current favorites also reflect their excitement about upcoming footwear trends — which, Pilobello said, include “basics being done in interesting colors or interesting textures,” an “interest toward space” that combines “spacey inspirations with practicality and uncertainty” and a specific focus on shades of dark blue. Pilobello and Iyengar also shared that in seasons to come, Alterre will offer more vegan styles — through the continued use of deadstock materials as well as collaborations with traceable suppliers — including ballet flats and twist sandals, a Chelsea boot and a holographic “galaxy” fabric that transitions from blue to purple to green.

What is so fundamentally exciting about Alterre is the fact that the brand can almost exist within all trends because of Pilobelllo and Iyengar’s focus on adaptability: as styles change and expand, for Alterre customers, following the newest trend is as simple as changing their shoes’ straps rather than buying an entirely new style. This versatility and movement away from over-consumption ties directly into the founders’ commitment to sustainability, which Pilobello and Iyengar shared has been central to Alterre’s ethos from the brand’s concept to its future.

“What we really focused on at the beginning was fair labor practices and working with a factory that was as transparent as possible with us,” Pilobello said. “From there, it’s been accepting slow growth toward a more sustainable future, looking at different aspects of our production cycle and how we can improve each one.”

Pilobello continued, “Right now, we’ve had a lot of focus on [what we can do at] end of life, including donating lightly worn shoes to Soles4Souls and encouraging our customers to have their shoes repaired so that they last longer. Something I’m focusing on right now is [providing] more DIY content for our customers, like how to repair your own stiletto heel or how to mend tears in your shoes. It’s really exciting that we’re actually at a point where we’re thinking about all these micro details right now.”

Pilobello and Iyengar are also committed to giving back directly to their local community, and have patterned with Restore NYC, an organization that supports trafficking survivors through housing and economic-empowering solutions. In addition to donating 5% of their earnings to Restore NYC, Pilobello and Iyengar collaborate with the non-profit organization as a part of its Entrepreneurs-in-Residence program, which offers peer-to-peer mentoring for women who are starting their own businesses.

“If someone is just starting out, [our role is] helping them with the things they would need on a low budget — which is what we’re good at,” Iyengar said. “It’s nice to be able to help out people who maybe don’t have the community because they didn’t grow up here and didn’t go to the same schools — they don’t have that community to reach out to, so we’re providing that community for them.”

For a business with friendship at its core, community and partnership remain an important part of what makes Alterre so special. When they speak about their business, their grand ideas for future products — eco-friendly rain boots and interchangeable sneakers, to name a few! — and their own working relationship, they have a natural chemistry and excitement surrounding all that comes with helming one’s own brand.

“I think it takes a particular type of person to be an entrepreneur, and we’ve learned to just let go of the things we can’t control,” Pilobello added. “I think in some situations, that could have broken people. There’s definitely been points where we’ve been like, ‘Holy moly, is this business going to have to close down now because of unforeseen circumstances?’ The fact that we can both be like, ‘No, f**k that, we’re going to figure out how to make it work’ takes a particular type of person. I’m always appreciative that Shilpa is like, ‘No, we’re going to make it happen! We’re going to figure it out!’” 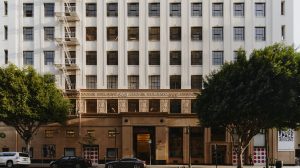 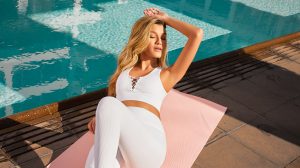 Raphael Javaheri and The Beginning Of… Merge Activewear and Street Style 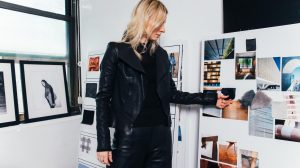