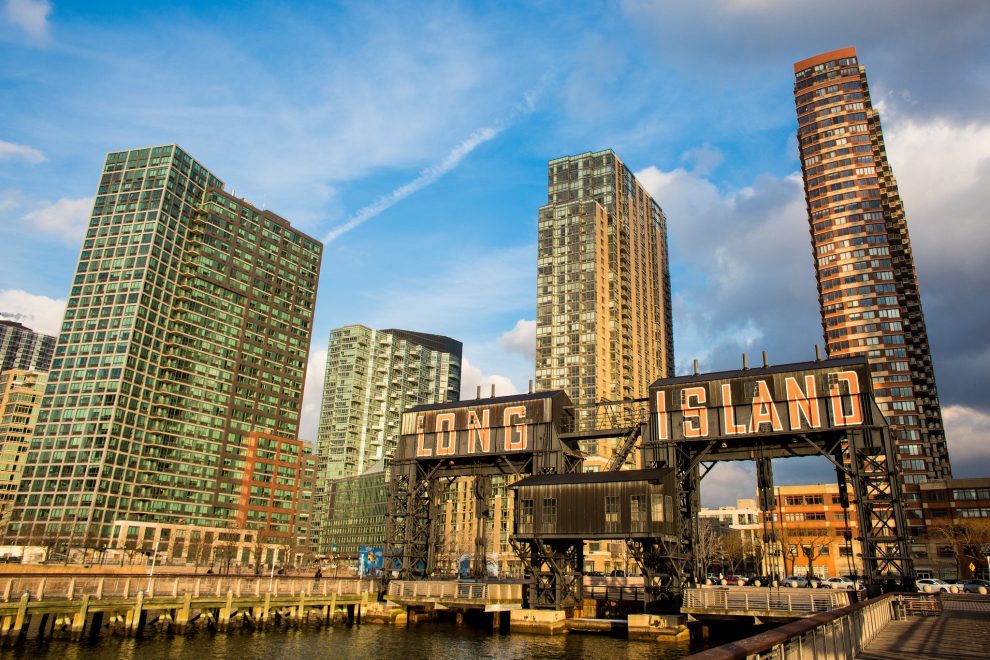 Applications are currently being accepted to replenish the waitlist for moderate-income apartments at two Long Island City buildings. Located across from the newly opened Hunter’s Point South Park, the towers at 1-50 50th Avenue and 1-55 Borden Avenue were developed in 2013 as part of the neighborhood’s waterfront redevelopment, with a majority of the apartments set aside low- and middle-income households. But apartments available through the current waitlist are for households earning between $104,538 and $278,300 annually with units ranging from a $2,992/month one-bedroom to a $5,183/month three-bedroom. In 2017, the median household income in Queens was just over $64,500 per year.

The first housing lottery for Hunter’s Point South Commons and Crossing buildings launched in October of 2014, with 186 of the apartments designated for low-income households and the remaining 738 set for moderate-income units. The low-income apartments started at $494 per month for a studio.

Amenities at the buildings include a 24-hour attended lobby, outdoor terrace, fitness center, playroom, a bike room, tech center, and an outdoor community garden. Residences include dishwashers, with two- and three-bedroom apartments equipped with a washer-dryer in unit.

Qualifying New Yorkers can request applications for the apartments at 1-50 50th Avenue and 1-55 Borden Avenue until the waitlist is replenished. Questions regarding this offer must be referred to NYC’s Housing Connect department by dialing 311.

If you don’t qualify for the housing lotteries mentioned, visit CityRealty’s no-fee rentals page for other apartment deals in the city.