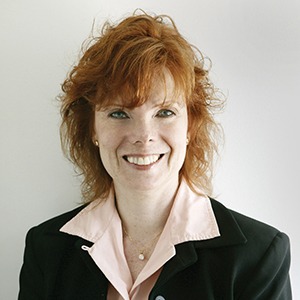 For medical personnel and first responders from other areas who are volunteering their time and skills to help New York City through the COVID-19 pandemic, one need is critical: a safe, temporary home for the duration of their service to the city.

ABA (Alternative Business Accommodations)-Ideal, which typically provides corporate housing in the city, now is working with the city and various organizations to provide fully-furnished apartments for volunteers.

The company typically works with corporate execuitves, consultants, celebrities and others needing extended-stay housing. Business travel has ceased and the company has unoccupied apartments throughout the city and in New Jersey, said Liz Levy, senior vice president of the New York City-based company.

“We normally cater to big businesses,” she said. “For example, when an executive is relocating, they don’t want to commit to a home purchase right away. They want an apartment to test a neighborhood.”

The rents at ABA Ideal’s fully-furnished apartments average $250 per day, and include all services. But when the pandemic hit the metropolitan area and international travel ceased, the company was faced with hundreds of apartments sitting empty, even as medical personnel, firefighters, EMTs and even funeral directors from around the country were coming to New York City, the area hit hardest by COVID-19, to volunteer their services.

On April 1, ABA contacted the Office of Emergency Management, and with its help found 20 first responders housing in 20 separate units at absolutely no cost to them. OEM has agreed to reimburse ABA a nominal amount for each apartment that goes to a first responder, be they medical people, FDNY, EMT or NYPD. ABA has at least another 80 apartments that are still unoccupied.

“We’re shouting from the rooftops that we have apartments,” Levy said.

The hospitality sector has responded to the crisis rrom the earliest days of the pandemic’s arrival in New York City. The Four Seasons New York in Midtown opened to visiting medical personnel on April 2, hosting guests from the New York State Nurses Association. Similarly, the Room Mate Grace Hotel and Wythe Hotel also offered accommodations to nurses, doctors and other medical personnel responding to the crisis. Other hotels also took in first responders or housed recuperating non-COVID patients. Airbnb created a global initiative to match its homeowners with responders needing a place to stay, waiving its own fees for the first 100,000 guests.

While applauding these efforts, Levy noted that ABA’s full apartments are a true home. An extra benefit is that these mostly one-bedroom units allow the guests to practice social distancing. Each apartment houses one first responder, who can use the full kitchens to prepare their own meals. Meanwhile, ABA-Ideal provides full services to the units, including cable television, high-speed internet, Wi-fi and scheduled housekeeping services. Despite the remuneration from government, the company, in fact, is losing money compared with keeping the units empty, Levy said. Most of ABA’s landlords have been supportive of her efforts and are reducing rents. Even so, ABA will continue to serve those who are serving the public for as long as possible.

“This is the right thing to do,” she said. “That’s why I’m emailing, calling and speaking to everyone I can.”