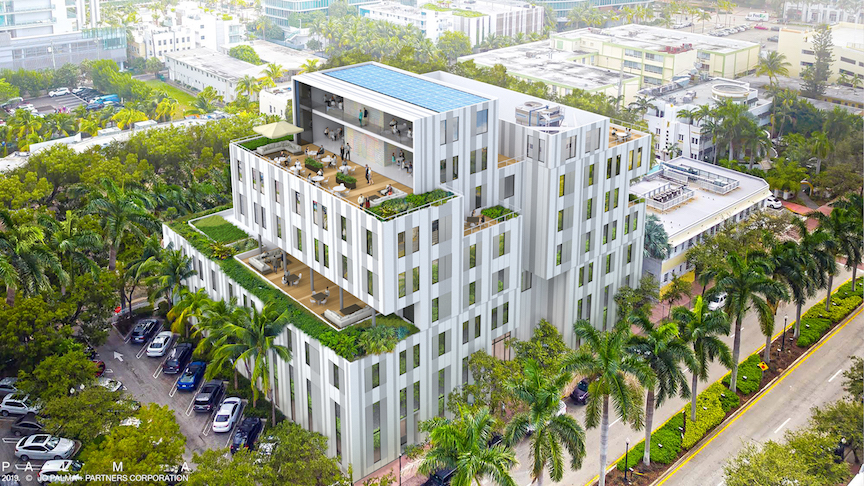 The Yukon Miami, a class-A commercial office building at 119 Washington Avenue in Miami Beach’s affluent South of Fifth neighborhood, has shattered office leasing records in Florida despite the Covid-19 pandemic and economically-challenging times – as reported by The Company Real Estate and The Global Consulting Organization.

J. Goldman & Co., LLP, an independent investment manager, has signed an eight-year lease for 3,318 square feet of office space and a 700-square-foot private, covered terrace for a record-breaking $92 per square foot. This is an expansion for the financial services firm, which had already been leasing 1,223 square feet on the fourth floor.

“The Yukon Miami, whose office space is now close to 100% occupancy, is an asset that continues to outperform the market, not only in Miami but in the entire state of Florida,” said Cyril Bijaoui, principal and broker of The Company Real Estate, who represented the owner in the transaction and has handled the leasing for the property for the past eight years. “This is truly a building for the discriminating tenant, the top 1%, who appreciates the character and energy of the South of Fifth neighborhood.”

The 88,148-square-foot Yukon Miami is the only Class-A office building located in the exclusive South of Fifth enclave. In addition to its prime location, the property features an enviable 9,500-square-foot rooftop development opportunity with 360-degree views of the Atlantic Ocean, Miami Beach and Downtown Miami.  The Yukon is also just a short ferry ride to Fisher Island and the nearby Star, Palm and Hibiscus Islands.

Owned by Yantra 119 LLC and managed by Giulio Rangoni and Cinzia Zanella, The Yukon relaunched its sales effort this summer and is being marketed by Amit Egan Datwani, founder and chief consultant of The Global Consulting Organization, and Mr. Bijaoui for $45 million. Final offers for the property are due by Friday, October 2.

The building’s 9,081-square-foot ground floor retail space has also just hit the market.  “It’s an ideal location to create a restaurant concept that you would expect to experience in either the Design District or at Bal Harbour Shops,” said Egan Datwani, “a place that could be infused with the early aughts buzz of Pastis in New York, the devout clientele of Joe’s Stone Crab in Miami and the exclusivity of Le Club 55 in St. Tropez.”

“The Yukon Miami presents a visionary investor with the ultimate opportunity to transform a value-add trophy asset into an absolute gem,” added  Datwani. “This really is the Salvatore Mundi of the real estate world.”

The Alfred on Fleet Launches in Downtown Brooklyn