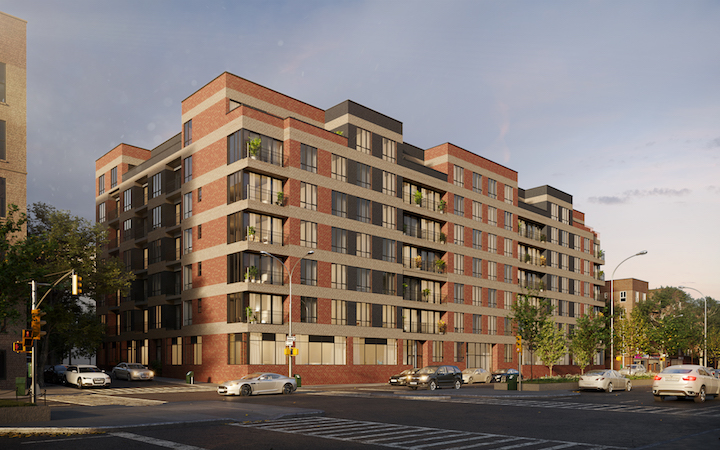 BOND New York,  a full-service brokerage with five offices throughout Manhattan, has announced 2600 Seventh Avenue,  a condo development the brokerage exclusively markets and sells, is now offering a lease-to-own option for buyers. The 103-unit condominium spanning the block between 150th and 151st Street in Central Harlem, developed by Truss Development, is adapting to the uncertainties of the current condominium sales market with a newly approved amendment to their offering plan which now permits the sponsor to offer a lease-to-own program for prospective purchasers who wish to take advantage of the current market conditions, but who may be uncertain about where New York is headed in the coming months.

Purchasers may choose to start their residency at 2600 Seventh Ave as tenants.  When they sign a lease for one year, they simultaneously sign a purchase agreement which affords them up to one full year to close on the property. Tenants will be able to build equity in their condo with every rent payment, as the new amendment allows them to apply 50% of their rent to the purchase price.  By the 11th month of the lease, tenants who intend to close on their purchase must deposit 5% of the purchase price with the Sponsor’s attorney, and they can arrange a closing by the end of the 12th month.

This program is designed to allow consumers to try before they buy, enjoying the opportunity to get to know the neighborhood and live like a condo owner without undertaking the initial costs associated with home ownership until they’re certain that they want to commit long term.

2600 Seventh Avenue originally launched sales in a declining market during Q4 2019, and the project was delayed by the pandemic lockdown and the lack of consumer confidence that came with and after the mandate. With construction now complete, buyers who take advantage of the lease-to-own program will be able to occupy condos by November and December.

“It has never been easier or more cost effective to start the path to home ownership,” said Douglas Wagner, director of brokerage services at BOND New York, the exclusive sales and marketing agent for the property. “With just a month’s rent and a month of security deposit, consumers may begin to occupy a home that traditionally would cost tens of thousands of dollars to reside in. By the end of their year’s lease, with just 5% down, they may continue their journey as homeowners in what appears to be Manhattan’s next up and coming area!”

For further context, Wagner explains that lease-to-own options may become a trend in the current climate. Currently, there are a few in the Seaport District such as 100 Barclay. Also, One Manhattan Square on the Lower East Side started lease-to-own offerings a few months ago.

With the new Lease-to-Own campaign, the development expects to attract a wider audience and to offer an opportunity not frequently experienced in Manhattan. The condo is composed of 63 one bedrooms, 38 two bedroom / two bathrooms and two penthouse, three bedroom units with large private outdoor terraces. The Sponsor has deliberately priced condos as the lowest priced new development homes in Manhattan, Western Queens or Brooklyn.  One bedrooms start at $556K and two bedrooms start at $898K.  The amenity-rich building has a doorman, fitness center, central courtyard, indoor parking, residents’ lounge, kids’ playroom, serenity deck and the largest common roof deck in Harlem.

Waterline Square Announces Strong Velocity in First Half of 2021