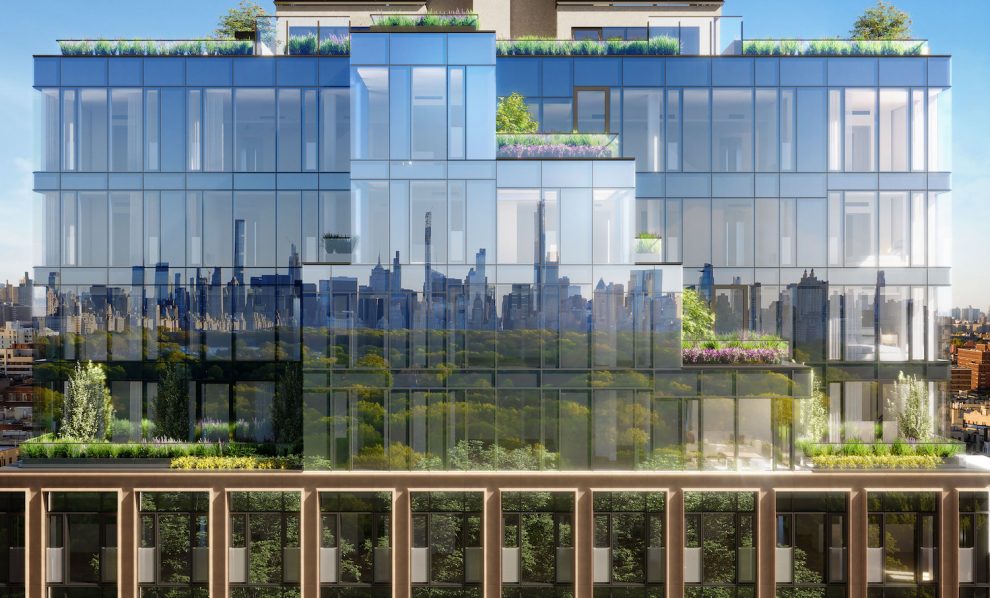 “145 Central Park North is the culmination of many years spent meticulously mapping out an unconventional site,” says Yiannes Einhorn, Principal at GRID Group. “The unique footprint of the development enabled us to capture views of the most spectacular skyline in the world for every residence and we’re thrilled to introduce these homes to the market.”

GLUCK+ designed 145 Central Park North to be in context with the surrounding neighborhood. A rare opportunity to complete the street wall around Central Park, this new building will add to the rich history of special moments along the park’s perimeter. The building façade’s design features a highly articulated skin for the lower nine ﬂoors with a deep bronze proﬁle to relate to the height, rhythm, and texture of the neighboring residential buildings from the 1930s, and a taut all-glass skin wrapping the top four ﬂoors above.

“Our goal was to create a building that was worthy of its place in the city and had the depth and richness of iconic buildings that surround the park, while being a building of its time that can endure far into the future,” adds Thomas Gluck, Principal at GLUCK+.

“I am floored by 145 Central Park North. It’s something you need to see to believe,” says Ryan Serhant, broker with NestSeekers International. “GRID Group has created a neighborhood-defining building that will command top dollar.”

Amenities include a full-time doorman, children’s playroom, state-of-the-art fitness center, resident’s lounge, common terrace, cabanas, and a furnished rooftop deck with breathtaking views of the Park and the Manhattan skyline. On-site parking and storage units are available to purchase.

145 Central Park North is situated between Malcolm X and Adam Clayton Powell Jr. Boulevards and sits directly on Central Park in the iconic neighborhood of Harlem. The building is steps from dozens of popular restaurants, cafes, bars, and shops, and it is five minutes from Harlem Meer, North Woods, and The Blockhouse.