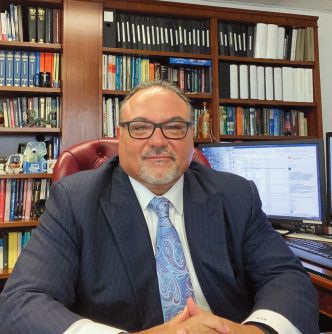 In 2014, when The Rinaldi Group was approached by an international hotel owner/developer from the Netherlands, the discussion was about building a hip hotel just off the corner of Bowery and Delancey Street. However, they had never expected the hotel construction would be modular; they had never built modular to that point nor had they heard of a 20-story modular hotel, which was to be the tallest of its kind worldwide.

Most modular structures are low-to-midrise construction ranging between six and 12 stories, maximum. Therefore, when CitizenM Hotels approached the firm and shared with Rinaldi its vision, we were apprehensive, to say the least.

Initial discussions were for a conventional cast-in-place concrete structure, a commonplace occurrence in New York City. But it wasn’t long after Rinaldi was engaged in pre-construction working with the design team both in NYC and abroad when CitizenM changed direction quickly, re-designing the hotel from conventional to modular, something with which Rinaldi had absolutely no experience at the time. Then CitizenM’s Tom Barr, director of construction and development, explained how much of the guest room and common space corridor construction was manufactured in Poland and would come prefabricated as simple pods so that the contractor need only “plug and play” the units together effortlessly by stacking the pods (which look like plastic-wrapped shipping containers) adjacent to and atop one another.

The next thing the firm knew, our team was on a plane to Europe, courtesy of CitizenM Hotels. To their credit, the company flew the entire construction and design team and their consultant engineers, architects and professionals to shadow Balfour Beatty, one of the world’s largest construction firms, which at the time was building a mid-rise CitizenM Hotel across from England’s Tower of London.

Through an international collaboration between architects from NYC’s own Stephen B. Jacobs Group and structural engineers from DeSimone Consulting Engineers with MEPS engineers from Stantec Engineering, Rinaldi managed and coordinated the process with Polcom, the modular pod manufacturer from Poland. The teamwork involved was extraordinary, spanning two continents and encompassing five countries. The design and construction team also shadowed CitizenM builders in Amsterdam and Pari.

“We literally worked around-the-clock while abroad, as the erection operations in London required nighttime hours, given the location of the hotel was in one of the busiest venues within the metropolis: sitting immediately diagonal to the Tower of London, a most humbling and historic view,” Rinaldi’s Project Manager Andy Sindt described.

“The relationships forged between these design professionals and our firm will last a lifetime,” Rinaldi Director of Business Development Joshua Zoppel said, describing how it took Herculean efforts between everyone both in the States and overseas to design and build what stands today as the world’s tallest modular hotel in the Bowery, NYC.

The hotel consists of a four-story cast-in-place podium upon which 210-modular pods are stacked and connected to each other and to the structure’s shearwall elevator and stairwell core, with 11 pods making up each floor level. The hotel houses 300 guest rooms grossing just over 100,000 square feet of construction. It also features a top-of-house bar and lounge and two stories of restaurant, bar and lounge at the lobby and cellar amenities space, which were open 24-hours per day, seven days per week pre-COVID-19.

One mistaken belief about modular construction is that it’s based solely on economics, as many owners considering modular believe that the hard-cost to build is cheaper. Put plainly, it isn’t. Where modular becomes beneficial is within the pro forma, most specifically through the carry cost of money and financing. That’s where the gains are realized. Unlike conventional construction, which follows a linear schedule of progression from the ground up, with modular construction, the superstructure above the podium is built concurrently as excavation, foundation and the first four floors of cast-in-place structure is placed.

In other words, the hotel guest rooms, corridors and structure are already built and ready for installation immediately upon the completion of the foundation and podium. On average, that method saves roughly four months against a conventional project schedule, and that time is money and savings to the developer.

Additionally, when building in an urban setting such as NYC, the sooner one can eliminate the disruption of a crane along with the street and sidewalk logistical navigation involved with such erection operations and safety protocols, the better it is for the community at large.

Anthony T. Rinaldi is president and CEO of The Rinaldi Group, a Secaucus, New Jersey-based full-service general contractor and construction management firm. He recently earned Entrepreneur of the Year honors for 2020 from Ernst & Young.