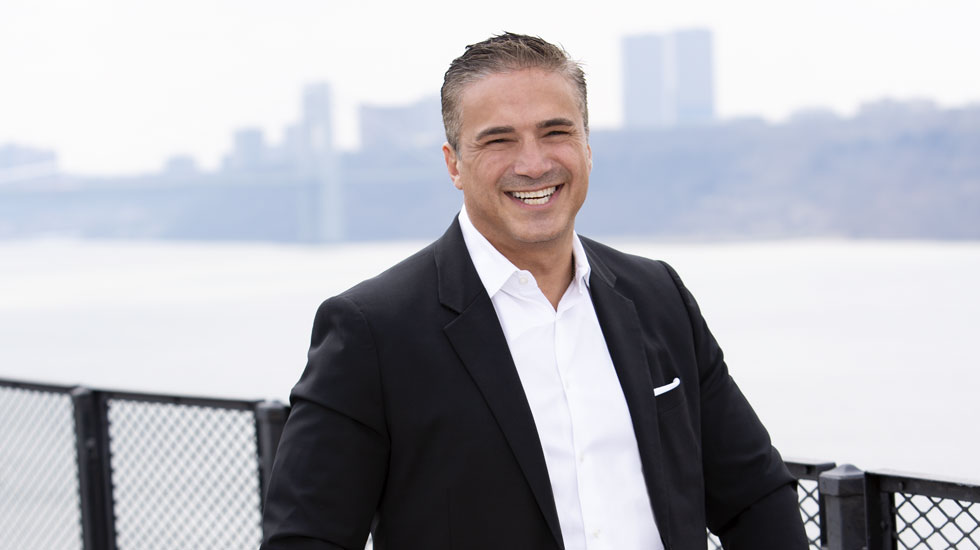 From Immigrant to New Owner of Hudsoncrest Properties Inc., Hard Work Has Paid Off

It’s been a long journey for Arthur Meltser, from Ukrainian immigrant to the new owner and president of Hudsoncrest Properties Inc., dba Goodman Management Company. Now, he’s looking to take his Riverdale, NY-based company even further.

“Personally, I’m blessed. This country gave me an opportunity,” Meltser said. “The hard work was instilled in me by my parents. I’m blessed to have this opportunity. I’m blessed to be able to own a business, have clients I can serve, and have my kids go to college. This is an American tale.”

Born in Kiev, Ukraine, Meltser emigrated as a child to the U.S. with his parents in 1979, taking a circuitous route through then-Czechoslovakia, Austria, and Italy. With no jobs lined up, speaking no English, and setting up a home with donated items, the family settled in the Bronx and began a new life. The young Meltser studied English as a second language, worked his way through public schools as a pizza delivery boy, and became the first member of his family to graduate from college.

“A lot of people from Ukraine at that time didn’t even finish high school,” Meltser recalled. “My father’s father passed away when he was 13, and my dad had to go to work. Then he spent time in the Ukrainian army. That was the life back then.”

The young Meltser worked at the Warwick Hotel full-time while also earning a management science degree from Baruch College full-time.

“I got financial aid but working enabled me to pay for my own school,” he said. “It was a crazy schedule. I would wake up at times and wonder if I should go to work or school.”

Advancing in the hospitality industry, or working in quality control for a large corporation would have been logical career paths, but Meltser was asked by his girlfriend’s father, real estate owner and property manager Richard Goodman, to help with accounting at Goodman Management Company after the death of the latter’s bookkeeper. Though he had no interest in real estate, Meltser complied.

“I helped him organize some of his bookkeeping, then went back to the hotel. After graduation, the hotel did offer me a job,” Meltser said. “Goodman offered me less money—my father-in-law-to-be always tries to get a bargain. I thought it was hilarious. But he told me I had a lot to learn, and that I would succeed with him. I decided to give it a chance.”

He worked part-time with Goodman until graduation and then joined on a full-time basis in 1990. And in time, he became Goodman’s son-in-law as well, and the father of two daughters.

The modernization took the firm from six properties to 50, in a variety of sizes, and from 30 units to more than 200 units. The company also expanded its services to include sales and leasing, as well as management and resident support. Meltser also created a strong formal organization with separate departments for sales, construction, and management, and created network systems to make the firm more efficient.

The staff has grown to more than 15 employees, but senior management remains involved on a daily basis, overseeing a thorough analysis of each property’s needs and payroll, evaluation of staff performance and training, and compliance evaluation. An open-door policy, for managers and even the corporate controller, is critical, Meltser said. Staff visits each property on a regular basis and conducts monthly evaluations. The firm maintains a list of outside consultants for repair work as well.

While the company was broadening its scope, it continued its reputation for offering personalized, hands-on services based on open and constant communication to its buildings, located largely in Riverdale, Yonkers, and Manhattan.

“When we take over a property, it’s usually because there’s a problem, or there’s a lot to do that hasn’t been done,” he said. “We usually find there is a lot of physical and financial restructuring. We are not a large company, but not small, either. We like to bring a lot of personalized service to the buildings. You’re not just a number for us. At the same time, we’re large enough to provide our clients with economies of scale, just as large companies do.”

All of that has been preparation for a major change: In November, Richard Goodman sold the company to Meltser in an arms’ length agreement, and the new owner is continuing to make changes, including renaming the company Hudsoncrest Properties Inc. Richard Goodman remains with the firm as a vice president and consultant, and the firm will eventually transition completely to the Hudsoncrest name.

“I learned everything from Richard Goodman, including an emphasis on hard work, honesty, and personalized service. That’s the core I grew up with. Now, we’re just at the beginning of a lot of changes,” Meltser said, including investing in systems and expanding his staff, even to the point of cutting his own pay.

Among those investments are an increased focus on customer service training, and the addition of webinars to increase employee knowledge.

“I believe that if you invest in your people, they will take care of your customers. I was brought up to respect honesty, loyalty, and honor, and treat my employees the same way. My door is always open.”

The firm also is investing in more automation such as credit card payments and other applications, which should benefit his clients.

“I’m trying to institute things that are customer-based but also allow us to work smarter,” he said. “I have an entire wish list I’ve prepared, and a great team that I bounce ideas off.”

For now, Meltser is focusing on the systems and people, rather than expanding his client base.

“I’m concentrating on trying to create more depth, not necessarily expand right now,” Meltser said. “Of course, if a third-party management property comes to us, we’re not going to turn it down if the fit is right. Brick and mortar will always be around, and there will always be investment in real estate. As long as you provide good service, the need for a professional, qualified, full-service real estate management company will always be in demand.”