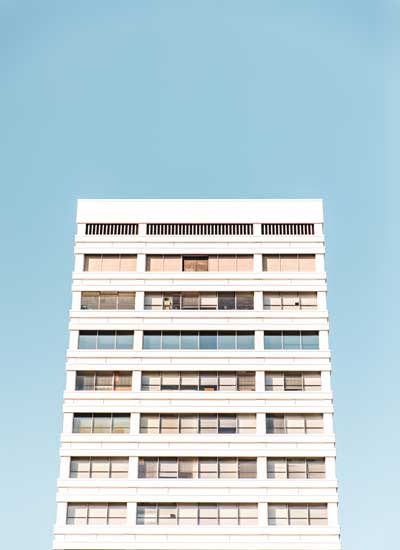 Nationwide, we’re seeing more luxury inventory, and in Q4 2017, 53 percent of available housing in the states was in the high end. This oversupply is expected to drive high-end home prices down in 2018. This is partly due to an increase in labor, building, and lumber costs, which squeeze margins at the lower end, and as a result only large developers who can take advantage of economies of scale stand to profit from lower end development.

The New York luxury apartment market is no exception to the oversupply trend. According to a new report by Stribling & Associates, apartment sales prices in the City are down, while newly developed luxury apartments are flooding the market. Faced with increased competition, developers are trying to attract potential buyers with additional incentives, such as free parking spaces, and paying their state and city transfer taxes.

According to a report recently released by Douglas Elliman, there was a decline of Manhattan co-op and condo sales year-over-year during the first quarter of 2018. According to the report, uncertainty about the impact of the new federal tax legislation as well as the increase in mortgage rates contributed to this decline. However, more people can afford luxury real estate than ever before. According to the Federal Reserve Board’s most recent Survey of Consumer Finance, approximately 12.6 million American households are at the top 10 percent level of wealth (to belong to the nation’s top 10 percent one’s net worth must be at least $1.2 million in total assets).

Despite there being many more potential wealthy buyers, demand for luxury housing is down. According to Realtor.com, in 2017 the prices at the top 5 percent of the housing market increased at a slower rate than the bottom 95 percent. In addition, there has been an increase in the number of days a high-end home stays on the market. Nationwide trends mentioned earlier notwithstanding, the luxury housing market is location dependent, so some markets are still strong (for example San Jose, which was the fastest-selling market last year).

As far as luxury investment goes, these are interesting times. On the one hand there is a lot supply in metros like New York City. Take for example the recent sale of the Penthouse complex at the Getty, the new high-end property designed by Peter Marino, selling for $59 million, one of the most expensive deals in the history of the city. Balance that with the concerns that the Trump Administration is fueling the markets with uncertainty, and it’s easy to see why some experts think we’ll be left with excess supply of high-end units while others think there won’t be enough.

Platforms like iintoo allow “regular folks” to participate in commercial-grade investments like never before. You used to have to be super wealthy and connected to have a chance to participate at this level. But now, anyone from anywhere can join a group of like-minded individuals while relying on experts at iintoo to originate, vet, negotiate, and monitor the deal for them. The reality is that there’s no longer any need to be jealous of the real estate tycoons. All you have to do is logon, educate yourself, and start investing in the exact same terms the tycoons are getting. That’s a game changer.

Although iintoo doesn’t offer investments in luxury real estate, it does offer services to luxury real estate investors. Some of iintoo’s investors use the platform to perform what is known as a “1031 exchange,” which allows an investor to defer paying taxes when he sells his property by reinvesting the proceeds in a qualifying replacement property (or properties) under the Internal Revenue Code Section 1031. The main obstacle to successfully completing a 1031 exchange is the strict deadlines imposed by the IRS for finding a replacement property.

In order to defer paying taxes, the seller must identify a replacement property or properties within 45 days of closing. In a mere month and a half, the seller must examine candidate properties, assess the investment opportunity and market of each, appraise each property, calculate potential passive income, and vet the property developer—a Herculean task for the individual investor. iintoo’s diverse real estate portfolio of pre-vetted offerings and the fact that it carefully examines each investment opportunity by personally vetting the project’s developer, building permits, construction plans, and revenue forecasts, allows it to help investors overcome the main obstacles involved in performing a 1031 exchange.

Tech is reshaping our lives in every aspect, and the access that we now enjoy is unparalleled in the history of the investment world. Once, only a select few had the options to participate in these types of private offerings, but today, via the Internet, you can join other like-minded individuals and scale up to an institution-size investment community.

There has never been a more exciting time for luxury real estate owners. There is simply no need to compromise any more, as long as you can afford it.