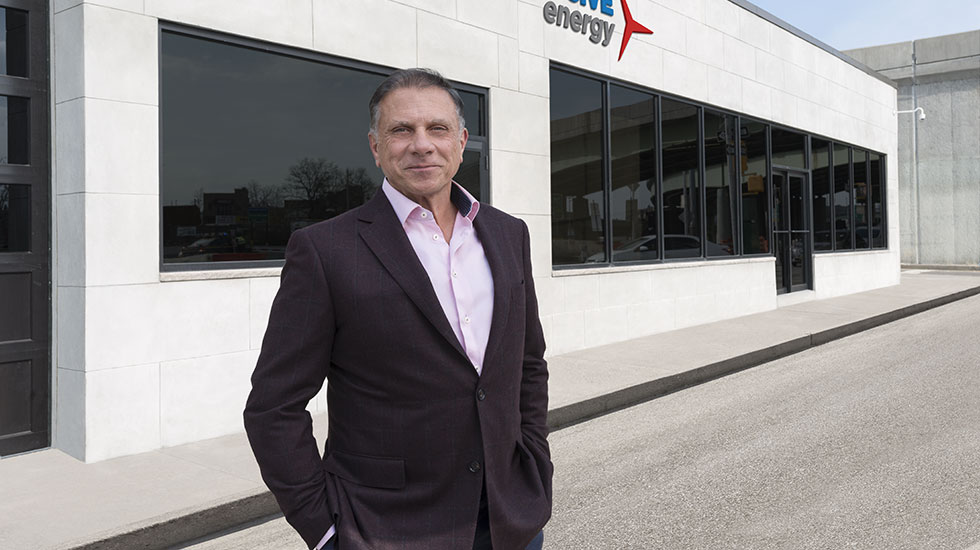 Forty years ago, the way New York City and its metropolitan area heated most of its commercial buildings was substantially different from today. But one thing that hasn’t changed, says Bill Jebaily, is his commitment to personal and innovative service through his growing company, Brooklyn-based Aggressive Energy and Mechanical Group. His 40 years in the industry have seen a radical shift in how his clients heat their buildings, and his company has expanded in size and scope to accommodate.

Aggressive’s three divisions service and supply thousands of residential, commercial, industrial and institutional customers with cost-competitive fuel oils, natural gas, and electricity in New York, New Jersey, Pennsylvania, and Illinois. Services will soon be added in Ohio and Maryland. Their clients include many premier landlords and locations including iconic properties and retail establishments, as well as world-class health centers and educational institutions.

“We now employ more than 80 people,” Jebaily said. “All I tell people is that I’m an oil burner mechanic in a nice suit. I try to keep it simple.

He means that quite literally. After training at Brooklyn’s William E. Grady Career and Technical Educational High School as an oil burner mechanic, Jebaily eventually took a job with a local oil company as an intern. So while taking night classes in business management at a local college, he also became a top union mechanic.

By age 23, he chose to advance by entering sales. After interviewing in various industries, including pharmaceuticals, he became an oil salesman, rising to one of the top performers in the city by age 27. In the early ‘90s he also worked on the commodities exchange as an oil trader.

“I realized that I couldn’t service my customers properly and trade oil at the same time,” he noted.

In 1995, he and his sister Tina Post founded oil supplier Bay Ridge Fuel Corp., named for their native Brooklyn neighborhood. Its first office was on the Bay Ridge/Dyker Heights border. After 18 months, the company relocated to Fifth Avenue in Bay Ridge, to accommodate the company’s rapid growth into a significant supplier of fuel oil around the city.

Jebaily saw that even more expansion was needed, as buildings were transitioning from oil to natural gas around the city. In 2009 Aggressive Energy began selling natural gas and electricity in 2012.

“Aggressive Energy services large commercial and industrial end users and offers structured products to provide budget certainty,” he said. “We’re now one of the largest suppliers of electricity and natural gas in the city. It’s one of the fastest-growing energy supply companies in the country.”

Today, analysis is especially important, as the company is dedicated to providing innovation as well. Dan Messina, the 31-year-old MBA who heads Aggressive Energy, was recently named a partner in the company.

Despite its rapid expansion, however, the company’s growth is very controlled.

“It’s important to us to maintain our standard of customer service,” Jebaily continued. “Our customer service is what distinguishes us from our competitors, ‘keeping our clients in the comfort zone.’”

While looking to lower their costs, owners and managers also are interested in reducing their carbon footprint, he observed. Some clients choose to utilize renewable energy sources, with a few even converting to 100 percent renewable energy. From wind to solar offsets, Aggressive offers a full suite of renewable energy products. Whatever they choose, Aggressive Energy is ready to help.

The company has expanded to an additional building in Carroll Gardens, and has a growing sales force in Chicago and Philadelphia. And another generation is waiting in the wings. Jebaily’s sons Nicholas and Alexander are studying engineering and business, respectively, at Syracuse University.