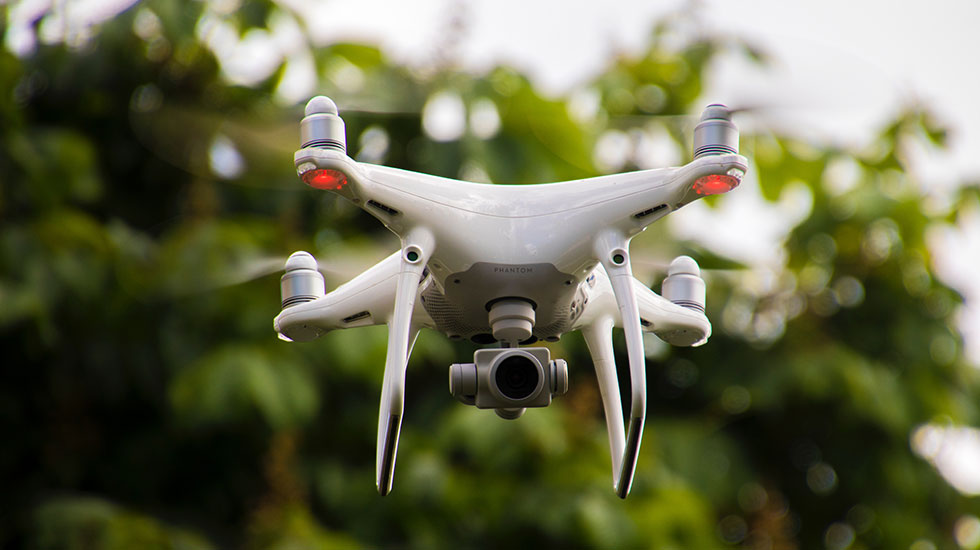 Picture this: You’re flying high above the property of your dreams, with a birds-eye view of everything—from the front door to the spacious backyard. Sound idyllic? It’s a form of property viewing that has become possible via the use of drones.

Initially a concept associated solely with military usage, drones have recently taken on a mass market Renaissance. Now the technology is very commonly used recreationally—basic drones can be purchased for as little as $100. The everyday drone is not a bulky military-grade piece of hardware either—most are smaller gadgets that weigh less than a piece of luggage.

This democratization of drone technology has caused a large uptick in its use within the property management sphere. Now, entire enterprises are devoted to the production of property surveillance drones, and companies in the crowded streets of NYC are even taking to the new technology to better observe and monitor their properties.

As previously mentioned, a basic drone can cost only $100. However, given the scale of a typical property and the quality a manager wants from the captured footage, a drone purchase may require a bit of a splurge. For example, PCMag’s Best Drone of 2018, the DJI Phantom 4, comes with a $757 price tag on Amazon. That being said, the Phantom 4 does come with many of the features of a successful property surveillance drone. It captures 4K resolution video with a broad view lens to deliver crisp, clear imagery and also comes with gimbal stabilization technology and a hover function to further increase the fluidity of captured footage.

PCMag’s other top pick? The DJI Inspire 2—which comes at a hefty $2,792. The Inspire 2 is superior to the Phantom 4 in a few aspects, but make sure you carefully weigh the pros and cons of a drone before making an almost $3,000 investment. The most important features to keep tabs on include video resolution, return-to-home capability, and remote control type. The latter is especially important if you as a manager are unfamiliar with the technology.

Property managers in New York have already started using drones to supplement their services. Last month, Matthew Adam Properties, Inc., one of the premier names in NYC property management, announced that they were using a drone, making them the first residential manager in the city to use the technology.

“New York is a vertical city and certain aspects of managing and taking care of a property are difficult,” said Ira Meister, president and founder of Matthew Adam. “The drone is a natural adjunct to our work and has enabled us to better see the work of contractors and identify problems on the façade that are difficult to see with the naked eye.”

According to Meister, the drone has been worth the investment, and has already paid for itself within its brief time of use. For example, the firm recently used the drone to inspect the underside of an extended cornice on a high-rise co-op.

“We saved the co-op a significant expenditure, greatly reduced the time it took to inspect the area, and cut down on inconvenience for residents and pedestrians,” added Meister. “Without the drone, we would have had to erect scaffolding. What could have taken weeks was done in minutes.”

Drones promise to further impact property management, and Matthew Adam will certainly not be the first to utilize the technology in New York City. Take it from Airware, the No. 1 drone analytics company, providing drone services and data to countless clients within the construction, commercial, and property management industries.

Airware claims that it allows property management companies to extend the life of assets, mitigate risk and business interruption, and improve the customer experience via drone-collected data. This data is available through a cloud-based tool, allowing managers to mitigate water intrusion and heat loss, visualize risk models, and easily monitor often hard-to-access areas like a rooftop.

All in all, drones offer a much fuller picture of a building—for both managers and tenants. Whether it’s a comprehensive interior view for an interested tenant or an in-depth analysis for a concerned manager, having an eye in the sky can certainly create more transparency and peace of mind.