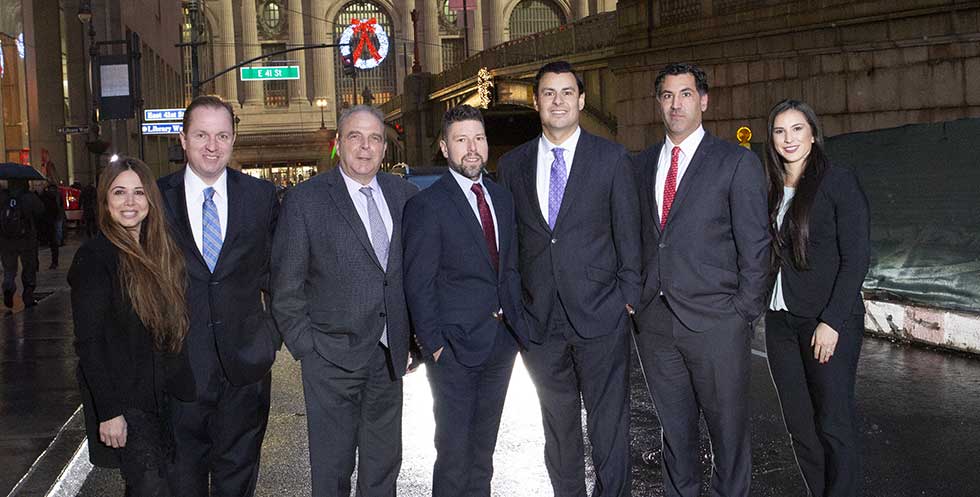 This is the fourth time that Romer Debbas, LLP, has been featured on a Mann Publications cover. On the first occasion, the firm was only comprised of founding partners Michael J. Romer and Pierre E. Debbas, and was featured in Mann Report Residential. Since then, the firm has been featured on the cover of Mann Report and Mann Report Management, as it has rapidly grown its business in both the commercial and management industries. Romer Debbas just completed its eighth year in business at the end of 2018 and, in such a short period of time, the firm has grown from two attorneys to almost 30. Romer and Debbas set out to create a firm that would encompass every area of commercial and residential real estate, however, they started shortly after the financial crisis, at a time when the real estate market was just starting to recover. During that time, the firm was able to gain market share in every aspect of real estate, including purchase/sale business, commercial leasing, residential and commercial banking, development, and co-op/condo board representation.

Being a real estate boutique law firm, the founding partners always placed heavy emphasis on expanding the co-op/condo board practice. While the firm was always active in this area of law, it solidified its presence in 2017 when it brought on Richard Klein and Emil Samman. The addition of these partners gave the firm a litigation practice for the first time since its inception. This practice is a key component in order to fully serve co-op and condo boards throughout the city. Since creating this practice, the firm has doubled the number of co-op and condo boards it represents to almost 75, as of press time.

Richard Klein spent close to 20 years as a solo practitioner and was a well-known attorney in the co-op/condo world upon joining the team at Romer Debbas. While he had a successful solo practice, Klein found the firm’s structure and platform to be appealing, and hoped to expand and grow his client base. Today, Klein runs the firm’s general governance group for the boards the firm represents. Romer Debbas then recruited Emil Samman to be the practice’s lead litigator. Samman had been litigating co-op/condo cases for several years and had a niche in real estate-related litigation matters. Since Samman’s arrival the firm has been named to panel counsel for Travelers (one of the largest insurance companies in the country) in which the firm acts on the behalf of co-op/condo boards in any litigation it’s involved with. While expanding its footprint in representing insurance companies, the firm also handles title claims litigation on behalf of First American, Stewart, Title Resources Group, and AmTrust. Klein and Samman also have an associate, Leanna Barbieri, who has gained expertise in both litigation and general governance matters for co-op and condo boards. Their team is supported by experienced co-op/condo paralegal Joselyn Martinez.

Another big addition to the firm came in 2017 when Christian Daglieri joined its commercial banking and co-op/condo group. Daglieri has been involved in the industry since his days at Schechter and Brucker and Montgomery McCracken. Daglieri’s versatility as an expert in co-op/condo governance and commercial finance makes him a valuable asset to the boards the firm represents. In representing a co-op/condo board, legal counsel has to have an expertise in commercial banking, as most boards in NYC regularly take on debt in order to fund capital improvements, maintenance, etc. As a result, negotiating commercial loans is something that Romer Debbas handles on a daily basis. The firm represents approximately 30 commercial lenders, in addition to borrowers. In fact, because of Daglieri, Romer Debbas is only one of 12 law firms in the country that handle Freddie Mac loans under its Small Balance Loan (SBL) program. The SBL program is the most popular program nationwide for multifamily acquisitions and refinances for loans ranging between one and six million dollars.

When structuring a co-op/condo department, the key elements are handling general governance, acting as transfer agent, commercial leasing, architect’s agreements, litigation, and commercial finance. Growing each of these practice areas in the firm is why Romer Debbas has been able to double the amount of boards it represents in less than a two-year time span. The firm has developed a reputation as aggressive marketers and for recruiting talented attorneys. In terms of recruiting, lawyers who were either solo practitioners or partners at large law firms have come over to Romer Debbas. The firm provides a very entrepreneurial approach to the practice of law and has provided all of its partners with a tremendous platform in which they have all grown their client bases substantially.

The co-op/condo board practice has helped grow several of the firm’s other practice areas. Romer Debbas is unique in the sense that there are few firms in Manhattan that specialize in so many different areas of real estate law. Maintaining a vibrant practice in all of these different areas has helped the firm develop rather organically, as each practice grows the other if structured properly. In 2018, the firm was recognized in Super Lawyers, which is published in The New York Times; Leaders in the Law, published in New York Magazine, and was rated as one of the top real estate law firm’s in New York City by U.S. News and World Report, which also publishes its rankings in Best Lawyers.

Romer Debbas would like to thank all of its current and former clients for their support and all of its various business partners and referral sources, whether it be managing agents, real estate brokers, bankers, etc. for helping the firm get to this point in such a short time. The firm looks forward to growing and further establishing itself as one of the preeminent law firms not only in the co-op/condo area, but in the real estate market as a whole.