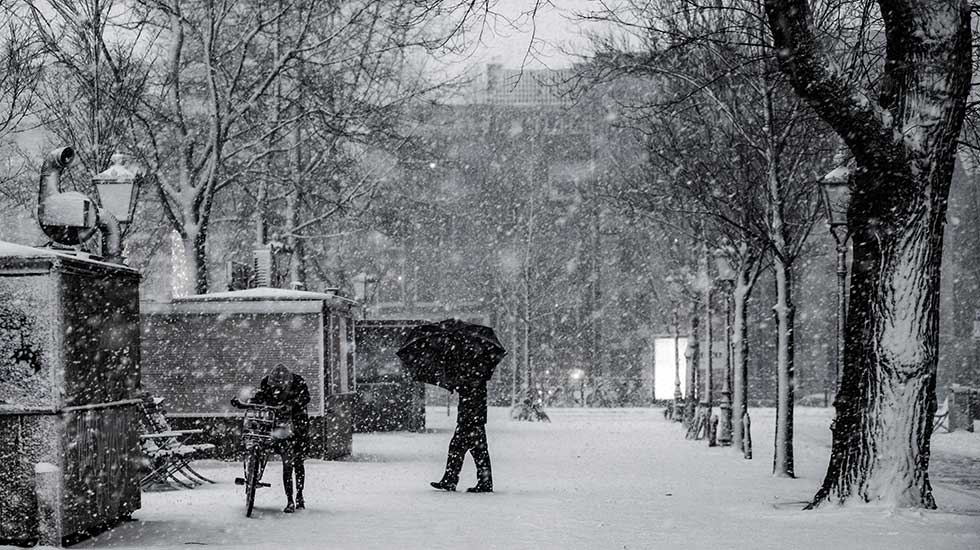 The Hot versus Cold Co-op Continuum

It’s that time of year. Coffee shops have brought back candy cane and mint flavored drinks, light breezes have turned into gusty winds, and fleece sweaters have been traded in for wool coats, which can only mean one thing: winter is very much here. With the rise of climate change posing a concern, winters are colder than ever in New York City, and heat is a hot commodity. With residents seeking shelter from the winter storm, it’s up to building managers to oblige their tenants.

While the heating systems in apartments have been in effect since October 1st, the steady drop in temperatures mandate an adherence to the guidelines enacted by the Department of Housing Preservation and Development. If the mercury falls below 55 degrees during the day, between 6 a.m. to 10 p.m., buildings must have their heating cranked up to at least 68 degrees. In the evening hours, between 10 p.m. and 6 a.m., regardless of the outside temperature, the internal temperature must be set to a comfortable 62 degrees, at the very least. During this “heat season” between October 1st to May 31st, buildings must abide by this regulation. If tenants are still finding themselves resorting to donning outerwear indoors, they are encouraged to contact the building managers. And if they fail to deliver, tenants are at liberty to contact 311, the city Department of Housing Preservation and Development, to resolve the issue.

But before building managers can worry about monitoring the thermostat, there are several components that need to be taken into consideration. One of which is the source of fuel the building is utilizing to power their heating system.

With climate change continuing to be a pressing issue, Mayor Bill de Blasio set an ambitious goal of reducing greenhouse gas emission by eighty percent by 2050, which necessitates major cutbacks on energy waste. As of 2016, the use of No.6 has diminished, and all 5,300 buildings in New York City that utilized No.6 oil to operate their heating system have converted to the use of cleaner grades of fuel or natural gas. A major way to reduce greenhouse gas emission is to replace current boilers with smaller, more efficient ones. Many boilers in New York City are oversized, which not only generate more waste fuels, but cost more to install and provide uneven heating, while reducing the effectiveness of conservation measures.

One of the greatest sources of excessive waste is the use of steam boilers that run on overdrive during the winter months. The problem with this method is that, in an attempt to reach every apartment with equal amounts of heat, the steam boilers run longer and with more pressure to reach the furthest corners of the apartments. This results in overheated residents opening their windows just to generate circulation within their boiling apartment and cool down.

Adding multi-sensor controls to heating systems has recently been introduced as a means to reduce emissions. Since most buildings comply by the Department of Housing Preservation and Development, they estimate how long the heat should runs based on outdoor temperature, not how hot it is internally. This could have a significant impact, since overheated residents tend to open windows as a result of larger boilers being powered on too high. This defeats the point of heating systems and promotes the waste of fuel that is harmful to the environment. Apartment buildings already contribute significantly to the climate change issue, as they emit the largest amount of carbon into the air of all the building types in the city.

But with Local Law 87 eliminating the use of No.6 and a potential ban on No.4 oil on its way, many buildings are turning to cleaner fuels, such as No.2 oil or gas conversion, to run off either pure gas or dual fuel as a means to operate their heating systems. Other cleaner fuel like the ultra-low sulfur and biodiesel are proving to be the preferable option, as approximately 1,500 buildings have already converted to cleaner fuel in the year 2016 alone.

It’s not always easy being aware of every facet of the process, however, and for that reason the city’s Retrofit Accelerator programs are a helpful tool to educate owners and decision-makers like building managers about available energy upgrades. Its “direct one-to-one” assistance provides information on upgrading steam systems that are declining and offers building managers a helping hand.

With the unforgiving chill upon us, heating systems are essential, but don’t need to add to wasted fuel. So, as we all work to stay warm this winter, keep in mind: let’s make comfort, not emissions.