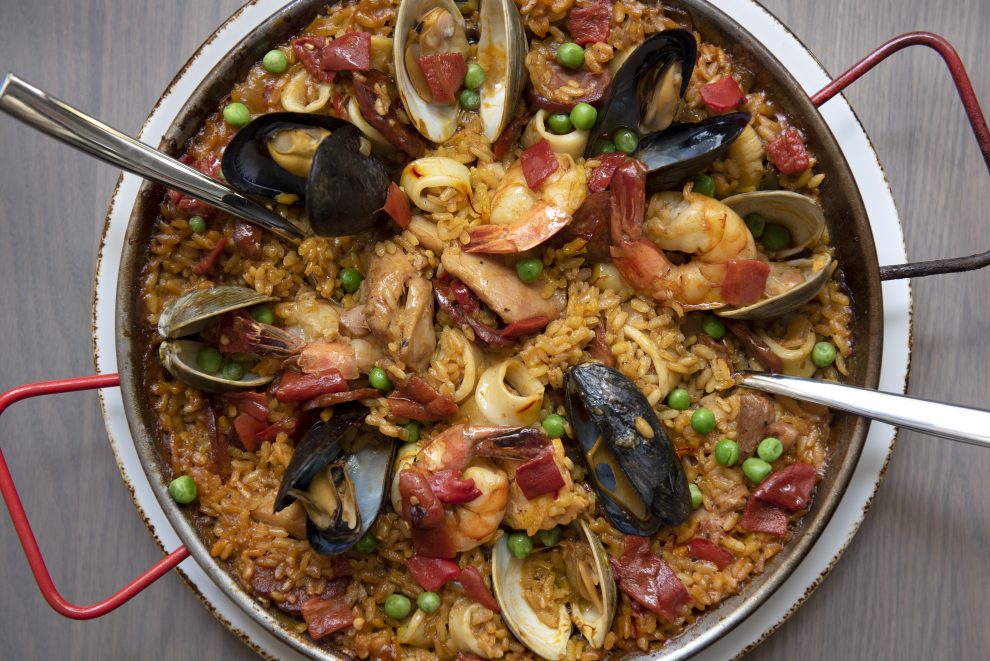 In the expansive space previously occupied by Kefi, Jay and Norisa Espinal, along with their son Justin, have brought new flavors and a sense of adventure to the Upper West Side. At the completely redesigned and rebuilt Tasca, the focus is on the Iberian Peninsula of Spain, the islands of Cuba, the Dominican Republic and Puerto Rico, a melting pot of Spanish and Latin-Caribbean flavors that showcases how the related cultures can work together in new and exciting ways. The family’s previous venture, Don Pedro’s on the Upper East Side, was a favorite among locals and visitors for over 10 years, winning rave reviews, including Zagat’s “Top Latin Restaurant in Manhattan.”

Now at Tasca, the family is opening to a broad audience, welcoming everyone to a relaxing, fun experience with great food highlighting Spanish and Latin-Caribbean flavors inspired by the family heritage. The Espinals look to continue this heritage in the next generation with Justin, who literally grew up in the restaurant business; he started working at Don Pedro’s at the age of eight, eager to be a part of everything. Ask him about anything on the menu and his answer will be as metaphorical and eloquent as a poem.

A casual tavern room in front for drinks and small plates with beautiful high ceilings gives diners the vibe of being in the Caribbean, opening up to an adjoining, large, comfortable dining room with magnificent bird sconces and custom-designed wallpaper that incorporates the flora and fauna of regions represented at Tasca. The sprawling multi-level space provides two more dining rooms downstairs which includes a wine room for special events.

El Bulli-trained Rene Hernandez, who previously worked as the executive chef at Don Pedro’s for eight years, was the consulting chef on Tasca’s seafood-centric menu. Hernandez brings classical Spanish expertise and a unique, contemporary flair to the time-honored tastes of the islands, while preserving the simple elegance of Latin-Caribbean cuisine. Head Chef Rufino Peralta oversees the extensive menu.

The cocktail and beer list were created by cocktail consultant Colin Stevens, who has a personal family connection to Spain. Colin is excited to fuse his experience in New York’s nightlife with Tasca’s Spanish and Caribbean flavors. The spirits list includes over 100 varieties of premium rums. Many of the cocktails, such as the Special Issue Armada (built with Spanish rum, amaro, raspberry and a touch of smoke), are great on their own, with snacks or with main courses.

Another favorite is City of Gold, made with tequila, Cara Cara orange, honey, fresno, habanero and cinnamon. The Isle of Flowers gets its red-purple color from hibiscus (the national flower of Puerto Rico) and its kick from vodka, Spanish white vermouth and a touch of Curacao. At Tasca, you’ll find a changing roster of beers on tap and bottle/can selections featuring a list from Spain and the United States.

Tasca has the capacity to properly serve over 400 wines, with a current inventory of roughly 250, all of which are temperature controlled. The list is 80% Spanish with others from locales around the world, including Napa Valley, Provence and New Zealand.