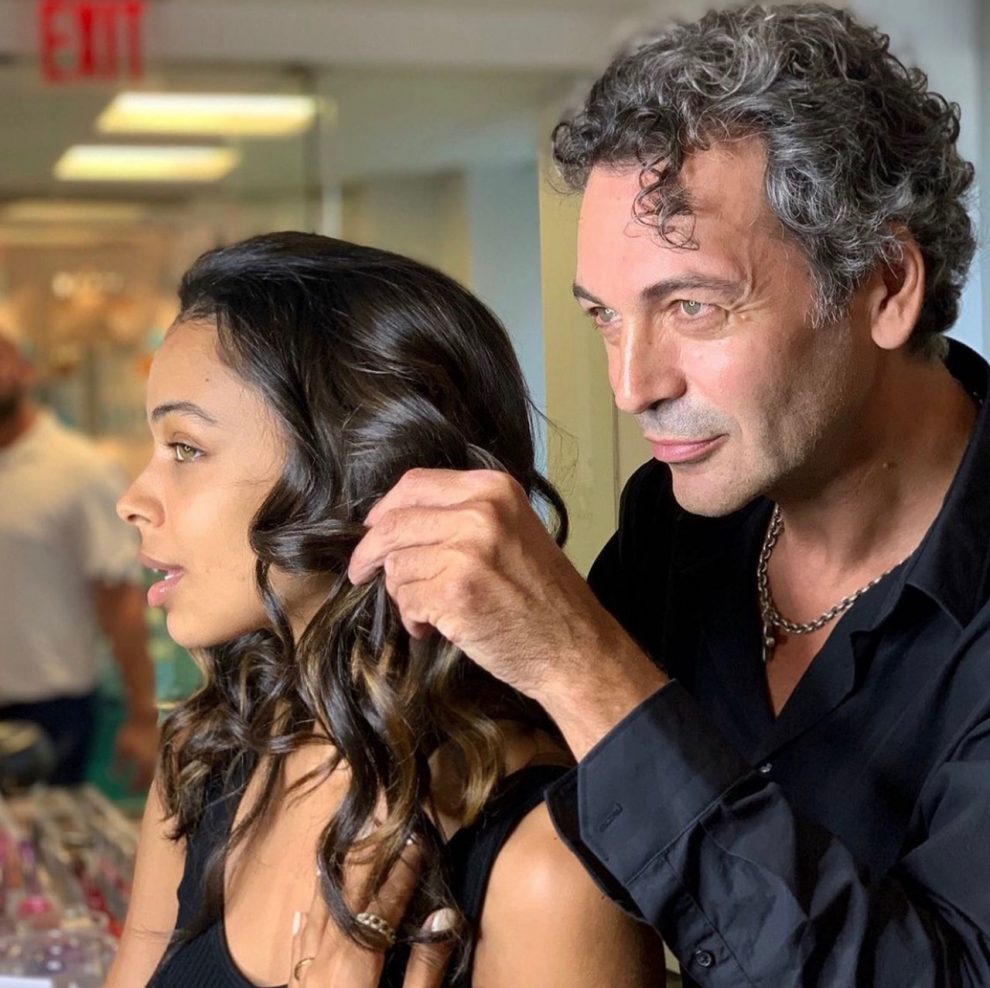 After taking the beauty world by storm over fifty years ago—from Morocco to Paris to New York City in the ’60s—Pierre Ouaknine and Michel Obadia have become legends in the hair salon and studio business in their own right. After several decades as one of the top-tier hair salons in New York, Pierre Michel passed the leadership to Jerome Lordet as the heir and appointed Denise McLaughlin for management. With a history as rich and lustrous as their hairstyles, Pierre Ouaknine and Michel Obadia give us insight into their world, what makes them tick, what’s trending now and the future of the Pierre Michel Salon.

Ouaknine worked at Rose Reti, the top colorist in Manhattan, with clients such as Marilyn Monroe, Elizabeth Taylor and the Gabor sisters (among others). It was during this time that, with his top coloring skills, he decided to open the Pierre Michel Salon with Obadia. The duo became famous at 30 years old when they launched their first salon at 14 East 53rd Street above Hunting World in May 1967. They opened their second salon at 6 West 57th street in 1972 and then opened at the Trump Tower and Plaza Hotel from 1985 to 1998 along with 9 salons at Bloomingdale’s with the Lancôme Beauty Institute. They have been at their present location at 135 East 57th Street for 22 years.

“New fashions are about being creative and introducing new ideas that are suitable to the client,” said Obadia. “Clients cannot always readily envision themselves with the new trends so we have compassion and patience to help them embrace their new look.”

Pierre Michel was the first salon in the United States to do foils for hair color. Mark Garrison is a very important member of the Pierre Michel family and a master in his own right for his amazing talent. Before Mark joined the team, he owned the prestigious Mark Garrison Salon which serviced top celebrities and successful clientele for over 20 years. With a range that extends from studio hairdressing in Paris at the very beginning of his career to nonstop styling in France starting in 1984 and throughout the ’90s, Garrison has worked with the highest talent including top supermodels of the ’80s and ’90s, from Linda Evangelista to Claudia Schiffer and Naomi Campbell to Christy Turlington. Elle and Vogue (to name a few) proudly ran covers in the ’80s that featured goddesses showcasing Garrison’s signature hairstyles.

Jerome Lordet is proud and excited to be the new face of Pierre Michel. A natural hairstylist, Lordet has years of experience styling hair (and over 24 with Pierre Michel); there’s no one more qualified as the spokesperson or attuned to the fine standards of where beauty and business intersect.

“I started in France because I’m from France, and I’ve been working for Pierre Michel for about 25 years,” Lordet said. “They’re getting older, so they want to get more fresh, up-and-coming things to keep the business going. We have a beautiful space, a great location, so it’s nice to be here and try to give as much beauty to the clients [as possible], especially after the COVID time where everybody has been staying home and not doing anything. I think it’s a great time to revive the beauty and give everyone the feel of feeling beautiful and wanting to do things.”

Lordet’s unique approach for his clients tailors their look for them.

“The trend right now is going to be curtain bangs, a little bit shaggier and a little bit more messy hair,” Lordet said. “But fashion is fashion, and fashion goes out of fashion very quickly. So, the best thing for me is to create a style for every person and make it different, but something that works with your personality and the way you are.”

According to Lordet, using the French technique of controlled cutting, he studies each client’s appearance and lifestyle to create just the right look. His “less is more” approach results in natural, feminine “wash and wear” hair that has more style, allowing a freer lifestyle. For Lordet, hair has got to have movement, depth and sexiness.

To the streets of Paris and the Loire Valley with his parents, Lordet knows what looks great and, more importantly, what makes a woman feel. For Pierre Michel, they are pleased to team up with Jerome Lordet and Denise McLaughlin to take the reins. May their salon live on.